Chrishell Stause got candid about what it was like going through a public divorce last year.

The "Selling Sunset" star, 38, and "This Is Us" actor Justin Hartley, 41, announced they were splitting in November 2019 after two years of marriage. Stause called the breakup "traumatizing."

“Unfortunately, I’m in a position where more has been shared that I would have ever chosen because this was not a choice that I made,” she said on "RealiTea with Derek Z" on Wednesday.

“Nor was this the timing that I would have chosen while I was filming a show, so I’m already in a position where so much has been shared that I wouldn’t have opted for," the soap star added.

Stause was right in the middle of filming the Netflix reality series when the news broke -- and the cameras captured everything.

“It’s an embarrassing, humiliating type of thing to go through without cameras and without people judging you, so I just hope people are gentle when they watch,” she said.

Stause added: “We’re real people. This was a traumatizing time in my life and it’s going to be hard for me to watch it myself.”

'THE FAST AND THE FURIOUS' STAR JORDANA BREWSTER FILES FOR DIVORCE FROM PRODUCER HUSBAND: REPORTS

Hartley is the one who filed and reportedly cited irreconcilable differences as the reason for the split, according to court documents obtained by TMZ. 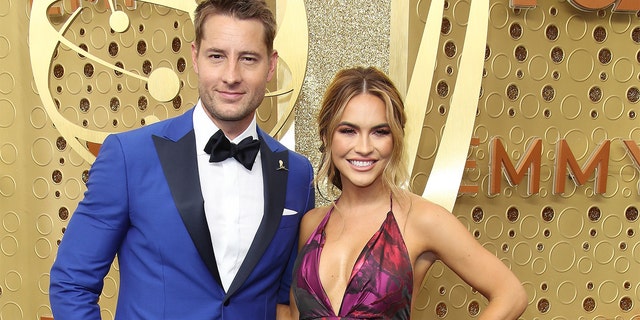 While Stause said she's open to dating, right now there isn't anyone catching her eye. Meanwhile, Hartley was snapped kissing his former “The Young and Restless” co-star Sofia Pernas in May.

Stause and Hartley had no children together but Hartley has one daughter, Isabella, from a previous relationship.

Ocampos on Sevilla – Manchester United semi-final: Historical confrontation. We're really hungry
Chelsea can give Bakayoko on loan to Milan for 3 million euros with the right to buy out for 35 million^. Milan intends to return Chelsea midfielder Tiemoue Bakayoko, who played for the Rossoneri on loan in the 2018/19 season
Lopetegui Pro 1-0 with Wolverhampton: Sevilla deserved to win against a very good team
Kashtru about the defeat of Basel: a Difficult match, but Shakhtar dominated almost all the time
Nuno about 0:1 with Sevilla: Disappointment. Wolverhampton conceded too often in the final minutes
Immobile about Newcastle: They called my agent when the sheikhs bought the club
Liverpool are confident they will sign Tiago. The player has already agreed a contract and is pressing Bayern
Source https://www.foxnews.com/entertainment/chrishell-stause-divorce-justin-hartley-traumatizing