Dr. Niall McCann, director of conservation at U.K.-based charity National Park Rescue, told the BBC that since the start of May, colleagues in Botswana had spotted over 350 elephant carcasses in the country’s Okavango Delta.

Heartbreaking aerial photos show the dead elephants dotted around the Botswanan landscape. The mysterious deaths have also sparked concerns about the potential health impact on people living in the local area. 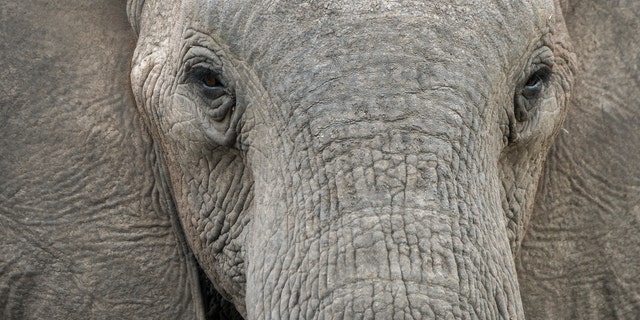 “A catastrophic die-off of elephants is happing in northern Botswana, and no one knows why. It’s vital that a team of independent experts visit and sample the carcasses before any more elephants die, or this spills over into the local human population,” McCann tweeted Wednesday.

Government officials in Botswana say there is no evidence that poaching is involved in the mysterious elephant deaths.

An unknown pathogen or poisoning are two possibilities, according to the Guardian, which says that Anthrax has been ruled out.

Phys.org reports that last year, more than 100 elephants in Botswana died in a suspected outbreak of natural Anthrax. Subsequent investigations reported than elephants died from Anthrax while others were victims of drought, according to Phys.org.

The Guardian reports that cyanide poisoning, which is sometimes used by poachers, seems an unlikely cause of the latest die-off given that the dead bodies of scavengers, such as vultures, have not been seen near the elephant carcasses.

Fox News has reached out to Dr. McCann and National Park Rescue on this story.

In a statement released on July 2, the Botswanan government said that investigations into the unexplained deaths are ongoing.

“Following the mysterious deaths of elephants in the areas around Seronga since March 2020, to date, 275 elephant carcasses have been verified against the 365 reported cases,” it said. “Three laboratories in Zimbabwe, South Africa and Canada have been identified to process the samples taken from the dead elephants which will be interpreted against field veterinary assessments of clinically ill and dead elephants.”

Seronga is a village located near the start of the Okavango Delta.

“Members of the public are assured that tusks are being removed from the dead elephants and carcasses within proximity to human settlements continue to be destroyed,” added the Botswana government in its statement.

The African elephant is classified as “vulnerable” on the International Union for the Conservation of Nature’s Red List.

Last year, more than 500 vultures in Botswana were poisoned after elephant carcasses were laced with chemicals.

Flick about the Champions League match: This is not Bayern against Messi, but a game against Barcelona
Xavi: Setien's Barca Game is very similar to Cruyff's style
Coutinho's agent: Philippe is eager to play with Barca and win the Champions League
Mesut Ozil: I will decide when to leave Arsenal, not other people
Watzke on Sancho: Jaydon will be at Borussia in the 2020/21 season. That's for sure
Arturo Vidal: Lewandowski is an amazing player, but Messi is from another planet
Bernd Schuster: Barcelona is now more dependent on Messi than ever
Source https://www.foxnews.com/science/elephant-deaths-mystery-hundreds-have-dropped-dead-in-botswana

Prince Harry Is Coming To Netflix For a Good Cause

The State of Entrepreneurship for Women Business Owners

Tennis is Back in the Game Amid COVID-19

Suspected leader of MS-13 in the U.S. is quietly taken into custody by FBI

The pandemic is taking a toll on Americans' mental health. A new CDC study shows who we need to worry about most.

Why Parents, With ‘No Good Choice’ This School Year, Are Blaming One Another