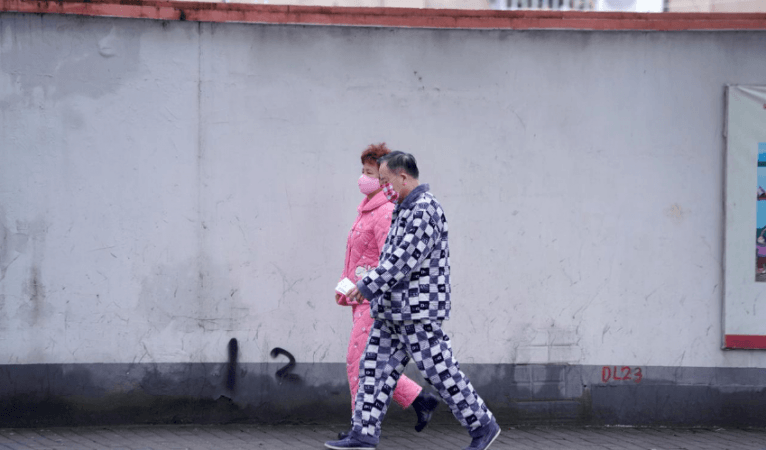 Residents wearing face masks and pyjamas are seen on a street in Shanghai, China, as the country is hit by an outbreak of the novel coronavirus, February 14, 2020.Reuters

As the world is still reeling under the Coronavirus pandemic, several thousand people in north-east China have tested positive for bacterial disease in an outbreak caused by a leak at a biopharmaceutical company last year.

The Health Commission of Lanzhou, the capital city of Gansu province, announced that 3,245 people had contracted the disease brucellosis. The disease is often caused by contact with livestock carrying the bacteria brucella, CNN reported.

How did it originate?

This outbreak began from a leak at the Zhongmu Lanzhou biological pharmaceutical factory, which occurred between late July to late August last year, according to the city's Health Commission.

Another 1,1401 people have also tested positive of the disease but there have been no fatalities have been reported, the city's Health Commission said. In total, authorities have tested 21,847 people out of the city's 2.9 million population.

What are the symptoms?

The disease, also known as Malta fever or Mediterranean fever, can cause symptoms including headaches, muscle pain, fever and fatigue.

While some symptoms can become chronic or never go away, like arthritis or swelling in certain organs, according to the United States' Centers for Disease Control and Prevention (CDC). 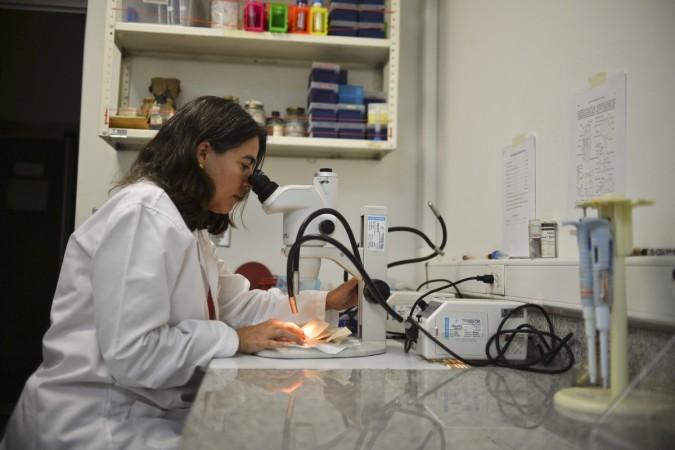 Human-to-human transmission is extremely rare, according to the CDC. Instead, most people are infected by eating contaminated food or breathing in the bacteria -- which seems to be the case in Lanzhou.

While producing Brucella vaccines for animal use, the factory used expired disinfectants and sanitizers -- meaning not all bacteria were eradicated in the waste gas.

This contaminated waste gas formed aerosols that contained the bacteria -- and leaked into the air, carried by the wind down to the Lanzhou Veterinary Research Institute, where the outbreak first hit.

In the months after the outbreak, provincial and municipal officials launched an investigation into the leak at the factory, according to the Lanzhou Health Commission. By January, authorities had revoked vaccine production licenses for the plant and withdrew product approval numbers for its two Brucellosis vaccines.

A total of seven veterinary drug product approval numbers were also cancelled in the factory.
In February, the factory issued a public apology and said it had "severely punished" eight people who were determined as responsible for the incident. It added.

Solskjaer on the draw with Chelsea: Equal game. But I felt that if there is a winner, then Manchester United
Hans-Dieter flick: Bayern played great defense and didn't let Eintracht do much
Ajax with the score 13:0 beat Venlo. This is the biggest win in Eredivisie history
Messi doesn't score for Real Madrid after Ronaldo left for Juve. In the last Clasico before the transfer, they both scored
Sergio Ramos: Clean penalty, I was grabbed. It is unfair to judge the referee
Ronald Koeman: I don't understand VAR, it's working against us. Barcelona do not deserve such defeats
Griezmann did not make any effective actions in five matches under Koeman
Source https://www.ibtimes.co.in/brucellosis-new-infection-china-leaves-men-infertile-thousands-test-positive-828238

US legislators complain to Trump on Mexico energy policy

The baseball card market is thriving thanks to COVID-19

Trevor Lawrence can make Jets torture worth it: ‘One of the best’

Brad Pitt’s girlfriend back with ‘open marriage’ husband … for now

Column: Homicides are up in Fresno. This activist is right to call for defunding the police anyway

Unemployment: New Stimulus Is Close, But Unlikely To Arrive Before Election Day

How to survive the crisis by making a Personal Business Plan

Joe Buck and Troy Aikman were a mess during Giants game

Stocks will do better if Trump wins the election, according to this new data

US Mission in Turkey Warns Americans of Possible Terrorist Attacks

Jennifer Aniston Having 'Breakdown' Over 'The Morning Show'?

Arlington Memorial Bridge to close for repairs on Halloween weekend

Longest domestic flight in US will take off again in December