New York born-and-raised reporter with a focus on national and global news. 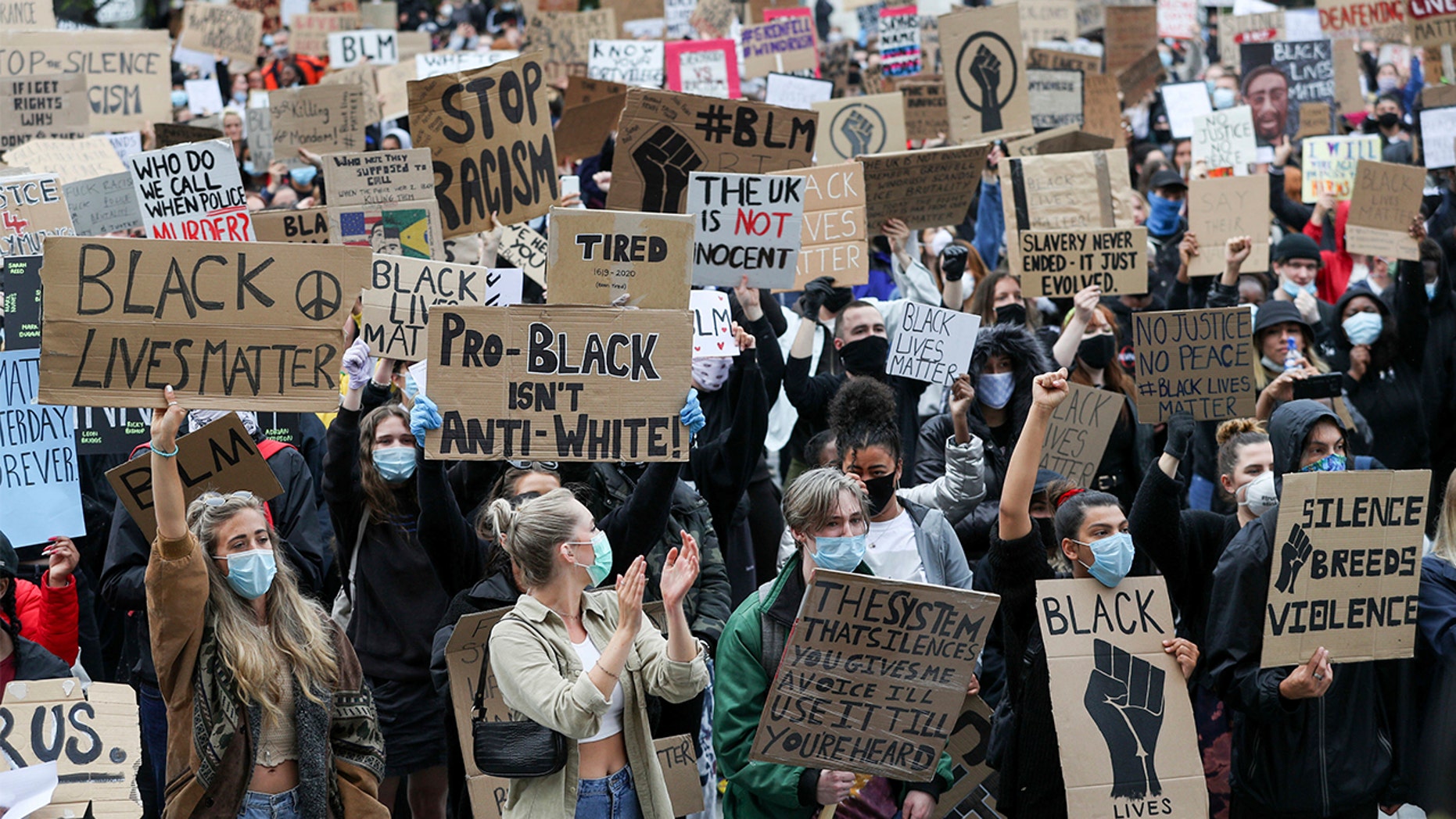 Protesters take part in a demonstration in Southampton, England, Wednesday, June 3, 2020, over the death of George Floyd, a black man who died after being restrained by Minneapolis police officers on May 25. (Andrew Matthews/PA via AP)

The Black Live Matter movement will develop an armed branch of “peace officers” to combat police brutality in black communities during the so-called “war on police,” according to one of its leaders.

Protests broke out across the country following the death of unarmed Minneapolis black man George Floyd while in police custody, bringing the BLM movement back into national focus. In an interview with the Daily Mail, BLM New York chapter Chairman Hawk Newsome described how the group plans to follow in the footsteps of the Black Panthers Party by matching fire with fire – when necessary.

“We are preparing and training our people to defend our communities.”

“We have black Special Forces officers advising us, and we will teach and train people in our communities, the Black Opts department of Black Opportunities,” Newsome said. 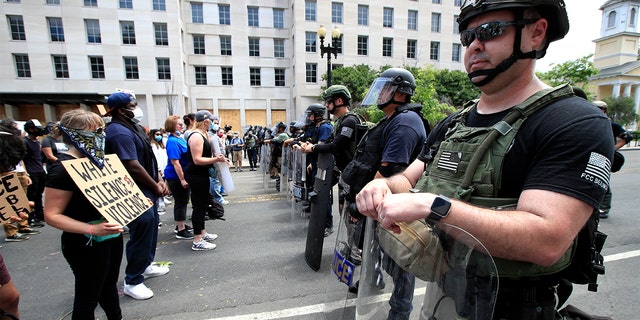 The move is reminiscent of the Black Panthers Party, which created "peace officers" who open-carried firearms while patrolling black communities in order to deter police brutality. Newsome confirmed that the BLM "peace officers" would also be armed and open carry guns in states that allow it.

CAPITOL POLICE OFFICERS TAKE A KNEE TO CHEERS OF PROTESTERS

The New York chapter is at the forefront of the movement, the largest of the 40 chapters the organization operates globally, according to its website. Newsome, who worked as a project manager at a law firm before becoming full-time activist, claimed his chapter has grown into one of the most effective ones in the world.

Newsome says his chapter is raising funds for a “war chest” and plans to build a headquarters in an unused church in New York.

The “blueprint” for the way forward will be unveiled in Times Square in New York on Sunday at 12 p.m. and delivered to communities across the country.

La Liga President: Many try to justify failures on the field by talking about rest and schedule
Rivaldo on Griezmann: I Don't understand why the world champion and multi-million dollar transfer only comes out at the last minute
The Doctor Sociedad: The Youngster from serious injury. We are not currently considering the option of surgery
Klopp made Liverpool Champions. Now it's your turn: the game Showsport
Daughter of the owner of Valencia: This is our club and we can do whatever we want with it. Don't the fans understand?
Manchester City and Chelsea are Interested in Dean
10 years of Suarez's great save: hand saved Uruguay at the 2010 world Cup
Source https://www.foxnews.com/us/black-lives-matter-plans-war-on-police-ny-leader-says?utm_source=feedburner&utm_medium=feed&utm_campaign=Feed%3A+foxnews%2Fnational+%28Internal+-+US+Latest+-+Text%29

Bracing for a second shutdown

The true cost of a new confrontation with China

How to Win the Fight Over Confederate Statues and Bases

How California went from success story to virus hot spot

Surface Earbuds deliver on comfort and sound, but the price leaves you wanting more

Carville repeats prediction that Trump will drop out of race