We have been in quarantining, social distancing and ignoring the reality of the COVID-19 threat (depending on what state you live in and where you get your information) for roughly 110 days.

Ironically, about the same number of days since Breonna Taylor was killed in her own home by police officers who still have yet to be charged, arrested, or fired.

And maybe it’s some combination of not having sports or travel or outside as a distraction and having little to turn our attention away from the killings of Ahmaud Arbery, George Floyd, Breonna (whose murderers still haven’t been charged, by the way), Elijah McClain and others whose names we do and don’t know, but everyone seems to be extra “woke” right now.

And this means Juneteenth was extra lit, but it also means there are increased calls to cancel the Fourth of July. 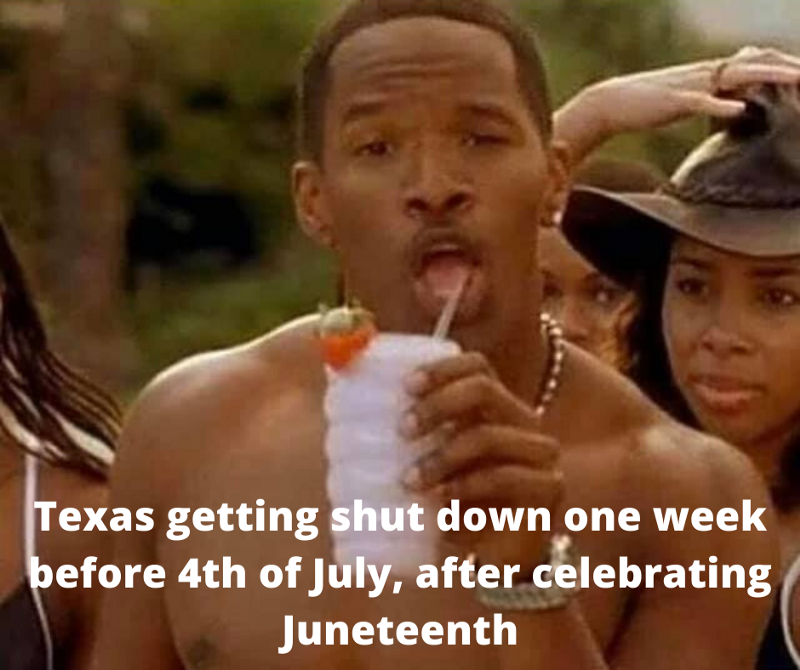 For those who are just waking up and realizing there isn’t really cause for us to celebrate the ideals of a nation whose founding excluded us, I offer you this: Tuskegee University was founded on July 4, 1881. A Black college founded by a Black man — one born into slavery! — 105 years after this nation’s birthday (105 is almost the number of days since Breonna Taylor’s murder. Did you know the guys who did it are still free, and receiving their taxpayer-funded salaries?) is a perfect reason to celebrate.

And the fact that Booker T. Washington got the state to pay for it is even more reason to celebrate. (The education of Black children: What a good use of taxpayer funds. Better than paying the salaries of police officers who murder Black men and women without reproach.)

Booker T. Washington’s thoughts on the way forward for Black folks in this country are a bit controversial. You might be inclined to call him an Uncle Tom if you didn’t stop to consider the nuance of this man having been born into slavery in the American South and knowing his very survival was dependent on a measure of subservience. 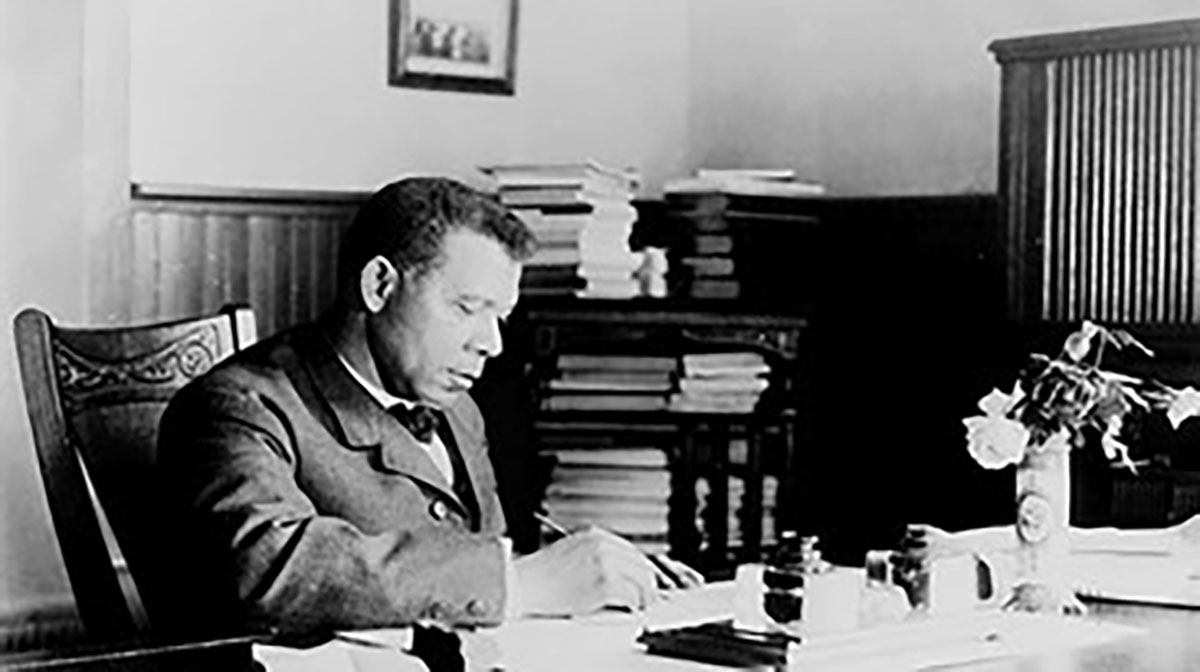 You might forget that his obtaining an education himself was a radical act at the time, or that walking 500 miles to attend what is now Hampton University underscored his determination to obtain said education, and set the foundation for his belief in self-actualization.

But regardless of how you feel about the Atlanta Compromise, you cannot ignore Booker T.’s commitment to educating Black students across Alabama, many of them themselves born onto plantations to parents who were formerly enslaved. He had the school’s first students construct the buildings, build the wagons and carts and buggies when they were not in class.

Not only did this mean the students were leaving the institution with both book learning and practical skills, the bricks and carts the students made filled a market void in the community, which did not have a place to buy bricks or wagons. This helped establish the university as a key partner to the community, and forced local whites to acknowledge the value this Black institution and its Black students brought.

Anyway, y’all, listen. We’ve been through a lot these last few months, years, decades, centuries. But if Black folks are good at anything, it’s making lemon pound cake from lemons.

And while some folks celebrate a flag and ideals that exclude us, I choose to celebrate the 4th of July as Tuskegee’s Founders Day and toast the radical idea of educating Black children. So join me.

Throw something on the grill. Pop some fireworks. And go ahead over to tuskegee.edu/give and make a donation to the annual fund to make sure we have an excuse to keep barbequing and lighting up firecrackers for years to come. 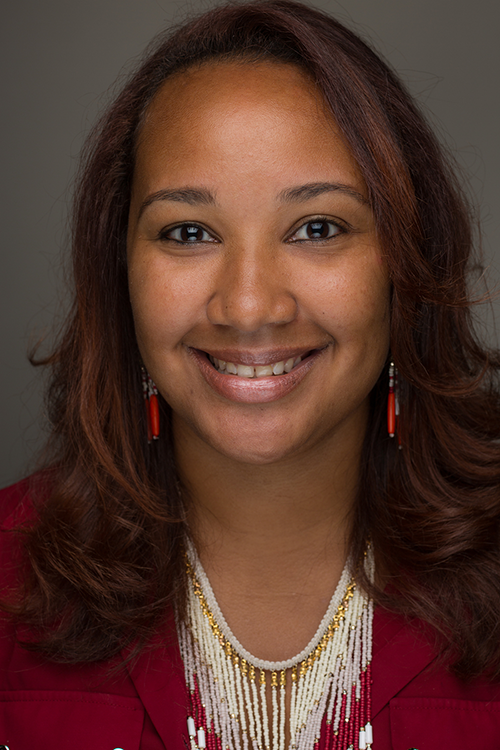 Autumn A. Arnett is a national voice on issues of equity and access in education, and an unapologetic advocate for historically Black colleges and universities across the country.

Real won't buy players if they don't sell anyone. Ceballos and Lunin will return
Jaydon Sancho: I like playing in Borussia. We have extraordinary players
Pashalic scored 12 goals in the season – the best result in his career
Anyone who eats three slices of bread with Nutella will be in stock. Nagelsmann about the lineup for the game against atlético
Ødegård prematurely returned to the real world of rental Sociedade
Arsenal and Roma are discussing the exchange of Torreira for diavar
The trained bear was brought to the dressing room of the Sakhalin Resident
Source https://thegrio.com/2020/07/02/black-july-4-tuskegee/

Masters Tournament To Be 'Conducted Without Patrons Or Guests' In November

Radical or moderate? Trump paints Democratic ticket as both

Still can’t find Lysol spray? These disinfectants kill germs too, according to an expert

Trump encourages North Carolina supporters to vote by mail, as he attacks voting by mail

Biden, Harris appear together for first time since VP announcement

Food prices decline in July, even as the overall cost for consumer goods rise

Coronavirus is forcing many women and non-white workers to retire

Robert Ryland, Who Broke a Tennis Barrier, Dies at 100

These mini bacon burger bites are a lazy, but delicious party appetizer

Netflix soured the live-action remake of Avatar: The Last Airbender, its showrunners say

Harris got what she wanted, but can she deliver?

Black people are more likely to be arrested, charged and killed by police in Toronto, new report finds

Masters Tournament to be held without fans in November

Why celebrities are declaring 'we have her back' about Kamala Harris

Scientists say UK has ‘no long-term plan’ to beat coronavirus

Big 12 announces revised football schedule after moving ahead toward season

Instagram models will be kept outside the NBA bubble

Fox News threw everything but the kitchen sink at Harris

Confidence in Police Is at Record Low, Gallup Survey Finds

Inside Kamala Harris’ polarizing record as a prosecutor

Charlie Blackmon Could Set a Hitting Record. Would It Be Legitimate?

4 Steps for Building Your Team's Resilience

The Jeep Gladiator Farout diesel pickup lives up to its name

Peacock Is Turning One of Us Is Lying Into a TV Series!

The story of Black women in politics: How we got to Kamala Harris' ascent

This Samsung smart TV is on sale for just $148 on Amazon: 'Best TV on the market!'

Kamala Harris Has No Follow-Through

Trump donated to Kamala Harris years ago. His campaign says it shows he's not racist.