Mohanlal, the Complete Actor of Mollywood is facing a huge social media backlash over his anchoring in Bigg Boss Malayalam's second season. 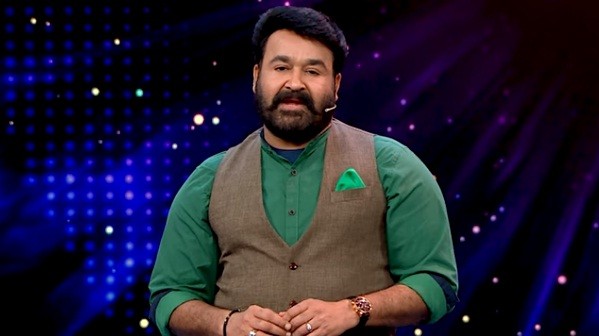 It all happened when Fukru, one of the contestants in Bigg Boss Malayalam tried to manhandle Dr Rajith Kumar, another contestant who is a college professor. 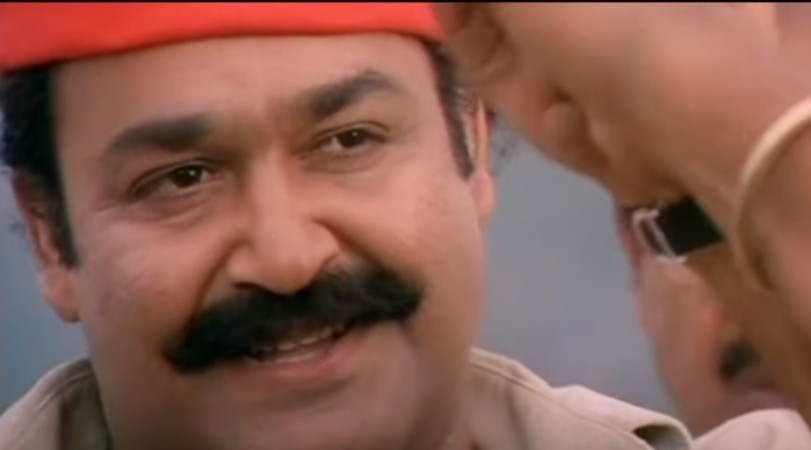 As the physical assault issue between Fukru and Rajith Kumar gained public attention, most of the audiences lashed out against the Tik Tok star and urged Asianet to eliminate Fukru from the house. Audiences expected that Mohanlal will question Fukru on the weekend episode.

However, Mohanlal took a diplomatic stand during the weekend episode, and he did not question Fukru, as expected by the audiences. Things became uglier when Pradeep was eliminated, and Manju Pathrose remained in the safe zone.

After the Sunday's episode, fans of Rajith Kumar started attacking Mohanlal on his social media page with full fury, and many of them asked the Superstar to watch the complete episodes of Bigg Boss before anchoring.

Rajith fans also allege that Mohanlal, along with Asianet and Endemol Shine is trying to manipulate even the voting process to make Arya the title winner of this year's Bigg Boss Malayalam. 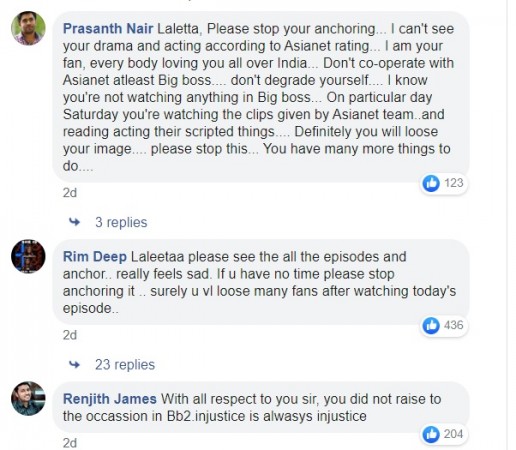 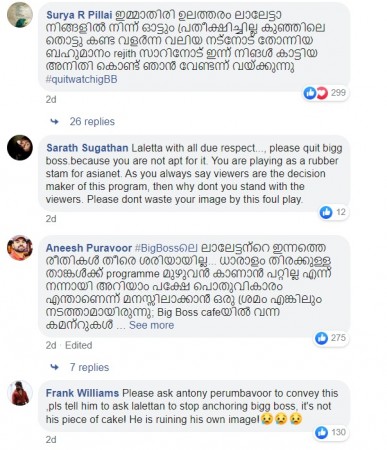 In Monday's episode of Bigg Boss Malayalam, all contestants nominated Rajith Kumar for elimination, and he topped the chart with seven votes. Rajith Army has already started a campaign on social media platforms to prevent him go out of the house in this week's elimination.

On the other hand, Arya who is also there in the nomination list did not use the card to enter the safe zone. This move from Arya has received positive responses, and audiences have started claiming that the television anchor has enough understanding regarding her fanbase outside the house.

Trump Advisor Fires Back at CNN Anchor While Defending Feud With Dr. Fauci

Trump administration is battling coronavirus without a war room

Fran Fine the Fashion Blogger? Fran Drescher Reveals Where The Nanny Characters Would Be Today

Everything you need to properly postpone a wedding

British Open Is Canceled as Golf Jostles Its Majors Schedule

Couple spotted having sex in UK park amid coronavirus lockdown

Hydroxychloroquine and Covid-19: an explainer

Golfers hilariously admit to using phones at The Masters: ‘It’s like taking drugs out of your pocket’

This hydraulic cutter can clip through a car in seconds

Ireland's prime minister to work as doctor during coronavirus epidemic

Parts of the US will endure a devastating week from coronavirus, health officials say. But there are also signs of hope

Nation prepares for the most critical week yet in the fight against coronavirus, but there are signs of hope

Cut your own hair. Dye it pink. In quarantine, there are no rules.

Have an Idea to Help Combat COVID-19? Here's How to Find Partners and Investors.

A Light at the End of the Tunnel, or an Oncoming Train?

Hotness Alert! Mouni Roy is driving away our Monday blues as she flaunts her well-toned beach body