Big Boss 13 fame Paras Chhabra and Mahira Sharma developed a strong bond while their tenure on the reality show. They were seen playing mind games, pranks and supporting each other, throughout the show.

Though Chhabra was in a long and committed relationship with Calendar girl actress Akanksha Puri, his closeness with Mahira led to his break-up. Reportedly, Mahira Sharma denied all the accusations and said, "If I wanted his break-up, I would have been his girlfriend by now." Although Big Boss 13 has ended, the close friendship between both the contestants is still intact. 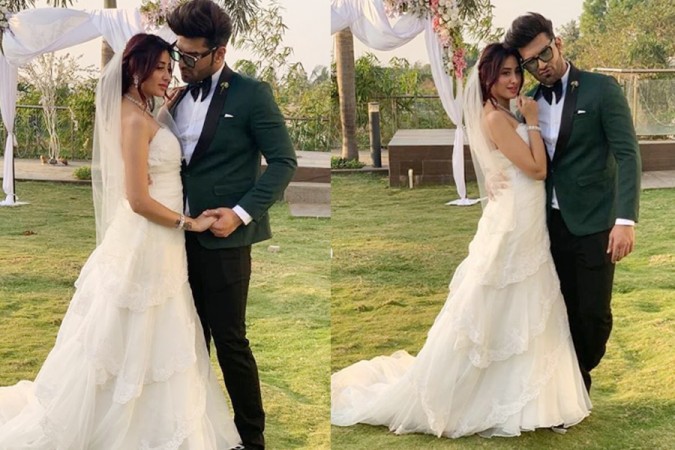 Paras and Mahira fans, who also call then 'Pahira' have been wanting them to pair onscreen for a movie for a long time now. As a gift, Paras Chhabra recently shared wedding pics with Mahira on his Instagram, and since then, the Pahira fans have not been able to keep their calm. In reality, these wedding pictures of Paras and Mahira are from an upcoming music video that they are doing together. While sharing the pictures, Paras captioned it, "Something new (sic)".

Chhabrra shared a series of pictures from their wedding diary where both the actors can be seen goofing around. While Mahira can be seen in a white wedding gown with a veil, Paras donned a three-piece suit with a bottle-green coat. A fun-loving video of the duo grooving to a romantic song 'Rahogi Meri' from the movie Love Aaj Kal 2 starring Sara Ali Khan and Kartik Aryan has also been shared on Instagram. 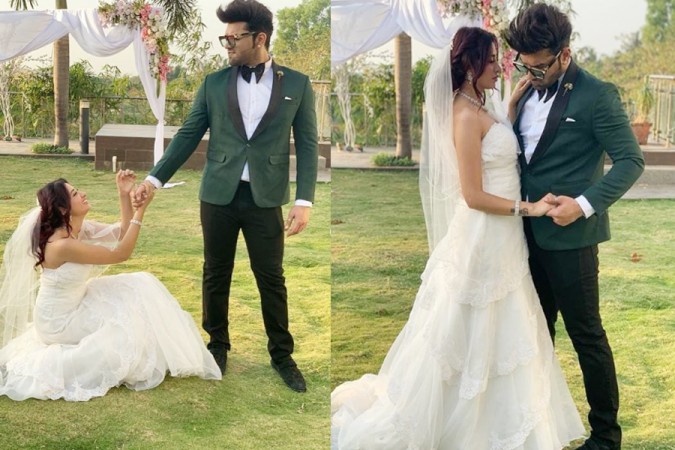 On the work front, Paras Chhabra is right now busy in shooting for his new show Mujhse Shaadi Karoge along with BB 13 contestant and second runner-up Shehnaaz Gill.

Recently, Paras and Mahira also shared an Instagram story video where they can be seen relishing each other's company. In the small clip, Paras can be seen driving the car, while Mahira records the video on the tunes of the song 'Makhna' from Drive. Both of them are making funny faces.

Mahira Sharma has been making headlines after the show mostly because of the controversy related to the forging of Dada Saheb Phalke Award 2020 for being the 'Most Fashionable Contestant of Bigg Boss 13.' The officials have denied any claims of giving such award to Sharma.

Social distancing is a privilege of the middle class. For India's slum dwellers, it will be impossible

Musician Alan Merrill, Songwriter Of 'I Love Rock and Roll,' Dies Of COVID-19

Police in Brazil use helicopter at the beach to disperse crowd amid lockdown: report

Is Gauthami hit by Coronavirus? I am safe & sound at home, says Kamal Haasan's ex-partner

AP FACT CHECK: Trump gets a reality check on coronavirus

Biden debuts podcast in his virtual campaign for president

The Latest: Nepal extends nationwide lockdown by a week

DOJ probing stock transactions made by lawmakers ahead of coronavirus crisis: report