Bernie is electable. ALL of our Democrats are 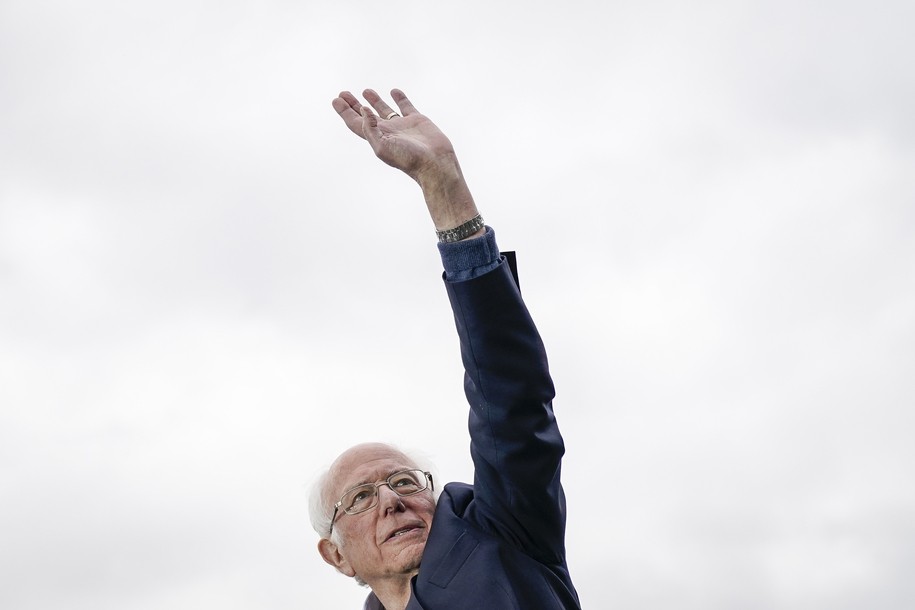 The problem with “electability” as a measure is that it’s utter horseshit. No one can divine the twists and turns a campaign makes, the way public opinion can rise and fall, and the excitement that various candidates generate or don’t.

President Barack Obama won 69 million votes in 2008—the highest tally in American history—after a campaign in which Hillary Clinton, her campaign, much of the media, and heck, Democratic voters argued that she was more electable. Clinton literally took the race all the way to the national convention and, making this argument, tried to have the superdelegates overturn the will of the voters. (Bernie Sanders repaid that obnoxiousness by doing the exact same thing to Clinton eight years later.)

Yet nothing speaks to how ridiculous the “electability” notion is more than the way those numbers fluctuate over time. 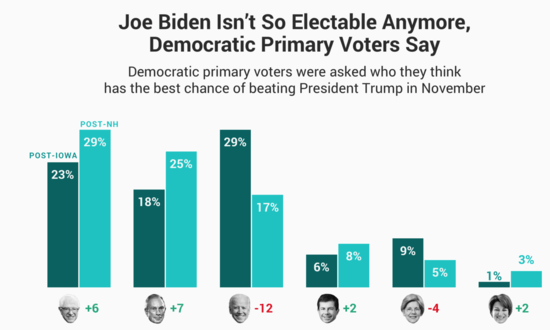 Does anyone really think that Joe Biden was “more electable” before Iowa? There was literally no difference between pre- and post-Iowa Biden by any objective measure. The only thing that changed was the perception of electability. And how you or I perceive someone’s electability, sorry to say, is quite irrelevant. For that, we can look at the data, and the data says everyone is electable.

Take a look at the latest battleground polling by YouGov:

New University of Wisconsin-Madison/YouGov poll of swing states out this AM has great numbers for Bernie vs Trump:

If the argument is, “Sanders can’t be elected,” well then, polling suggests that no one else can either. Really. It’s that silly.

Does Sanders have liabilities that will be exploited by Trump? Sure! But do you think anyone else on that list doesn’t? Every one of our candidates has flaws, because, you know, they're human! And guess what else? Donald Trump also has flaws that we will exploit. It’s a political campaign. Shit happens. And even if we found a Mother Teresa candidate that had no flaws, Republicans would just invent some anyway. Remember John Kerry’s swift boating? Let’s not pretend we can find a candidate that will be immune to such attacks.

What does matter is the ability to motivate our base in what will clearly be a base election. A Mike Bloomberg could prove disastrous, given his terrible record on race, justice, health care, and pretty much everything else. Having two egomaniac billionaire sexual-harassing oligarchs doesn’t provide much differentiation beyond “my asshole vs. yours.” But the other top Democrats? They should all have little problem rallying the base. Bernie Sanders certainly wouldn’t. For all of his real divisiveness, the guy knows how to pack a room and rally volunteers. It’s that grassroots energy that is propelling him above the rest in this divided, crowded field.

My preference is clear, I am an Elizabeth Warren Democrat. I prefer her track record of actual accomplishments over Sanders’ ideological rigidity (and resulting lack of practical results). That's a governing argument, not an electability one. If you’re arguing that Sanders is somehow unelectable and the rest of our Democrats supposedly aren’t, you are ignoring both the available data and the GOP’s ability to turn any of our candidates into bug-eyed, terrorist-loving communists for its base.

Also, we all thought Donald Trump was the least electable Republican in 2016.

We have a difficult task ahead of us in November. We can’t predict the future. Our challenges will change depending on who our candidate is (whether we are fighting against red-baiting or antisemitism, or against misogyny or homophobia, etc.). But the underlying truth remains: There are more of us core Democrats than there are core Republicans. If we get our base to the polls, in those key battleground states, there’s nothing Trump can do except lose.