Instagram apologized to Bella Hadid for a snafu the social media platform made after removing a post she shared of her father Mohamed Hadid’s passport, which featured his birthplace of Palestine.

“Instagram removed my story that only said ‘My baba And his birthplace of Palestine’ with a photograph of his American passport,” the 23-year-old supermodel said Tuesday on her Instagram Story.

She continued: “@instagram exactly what part of me being proud of my father’s birthplace of Palestine is ‘bullying, harassment, graphic or sexual nudity?'” 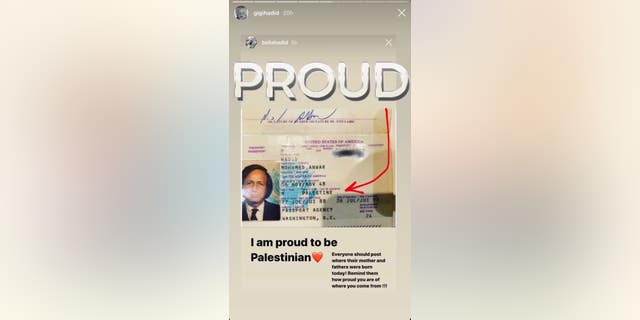 Hadid -- who is of Palestinian and Dutch descent -- also asked the platform “are we not allowed to be Palestinian on Instagram” and added: “This, to me, is bullying.”

Hadid then reposted the photo of her father’s American passport in an additional Instagram Story and asked the tech giant: “Do you want me to change his birthplace for you?”

BELLA HADID GOES TOPLESS IN A THONG AND $620 BURBERRY TOWEL

She also said she was “proud to be Palestinian” and urged her nearly 31.5 million followers to “post where their mother and fathers were born today!"

"Remind them of how proud you are of where you come from !!!” Hadid added. 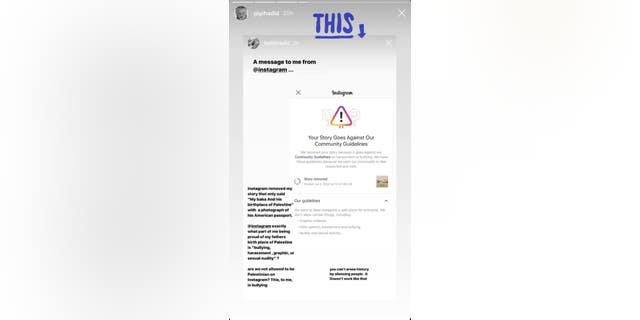 A spokesperson for the Facebook-owned entity told Page Six in a statement that in order to “protect the privacy of our community, we don’t allow people to post personal information, such as passport numbers, on Instagram. In this case, the passport number was blurred out, so this content shouldn’t have been removed. We’ve restored the content and apologized to Bella for the mistake.”

The entire family has gotten behind Hadid, including her sister Gigi Hadid, who also re-shared the post to her own Instagram Story. Their father Mohamed, 71, also posted it to his Story, as well.

UEFA will count 0:3 for clubs whose fault is due to the coronavirus will disrupt European Cup matches
15-year-old forward Mukoko trains with the Borussia Foundation. He will be able to play for Dortmund in November
Dybala became the MVP of Serie A-2019/20, Immobile-the best forward
Real Madrid: Casillas will always be a Real Madrid player. The best goalkeeper in the history of Spain
In Spain, complete chaos: Espanyol refuses to fly out of La Liga, Depor and all the others - from Segunda
Ferran Torres passed a medical before transferring to Manchester City and signed a contract until 2025 (Fabrizio Romano)
Emmanuel Adebayor: Mourinho is the best coach in the history of football
Source https://www.foxnews.com/entertainment/bella-hadid-instagram-post-removed-after-pic-of-dads-passport-social-media-platform-apologizes?utm_source=feedburner&utm_medium=feed&utm_campaign=Feed%3A+foxnews%2Fentertainment+%28Internal+-+Entertainment+-+Mixed%29

Reports of many injured after massive explosion at Beirut firecracker warehouse

As Economy Implodes, Lebanese Struggle to Put Food on the Table

Madrid Open tennis canceled because of virus spike in Spain

VIRUS DIARY: A friend dies but leaves something to hold onto