Barstool founder Dave Portnoy, known by fans as “El Presidente,” posted a viral video on Twitter Sunday afternoon where he discussed the heated climate in the U.S.

"Sh** sucks in the country right now, it absolutely sucks," he said. "First thing's first, the cop murderer obviously, clearly, everyone agrees with that, and it's a shame that he was still there, that's almost the biggest problem."

Regarding incidents of police brutality towards minorities, Portnoy said he believes many groups throughout the U.S. have bad apples whether it be cops, sports teams, or even accountants. He believes the majority of police are really trying to do good and help people.

"How do you get to somebody who's my age or your age or whoever's age different ethnicity different color of skin that they feel how I feel, that cops aren't out to get them but to protect them," he said.

Growing up as a white person from a middle-class background, he believes the issue of violence needs to be fixed, so African Americans and minorities can feel the same trust he feels towards law enforcement.

"That's the change that's got to happen, that's where we gotta get to. How to get to it? I don't know, because we haven't in a long time and this s*** keeps happening." he said. "And I don't ever recall a white guy getting choked out or a knee down. It always seems to be a black person. I don't think that's a coincidence."

As protests -- some turned violent -- have broken out in cities throughout much of the U.S., including Los Angeles, New York, Minneapolis, and Atlanta -- Portnoy believes that type of behavior isn't the answer. He allegedly cited Black Lives Matter and leaders of the African American community who he claims said that violence needs happen or else "northing ever changes."

"Taking advantage, looting robbing, what the f***. And then it all gets convoluted, everyone's picking sides, and there is no side. Everyone should be on the same fu***** side here. It shouldn't matter if you're black or white in this country, it really shouldn't."

Atlanta Mayor Keisha Lance Bottoms gave an emotional speech on Saturday morning, citing the actions of looters who smashed windows and threw bottles, rocks and knives at law enforcement as “not a protest” and “not Atlanta.” 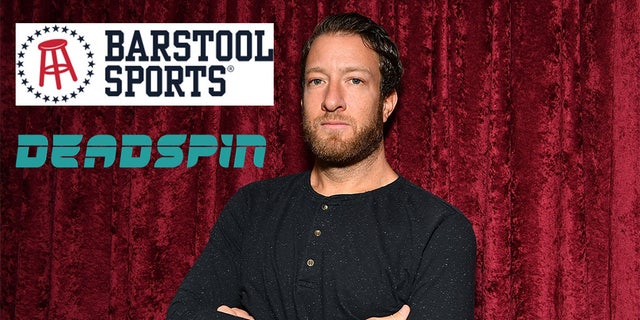 “You’re not honoring the legacy of Martin Luther King Jr. and the civil rights movement,” Bottoms said. “When you burn down this city, you’re burning down our community.”

Dr. Bernice King, daughter of the late Martin Luther King Jr., also appealed to the protesters saying the “only way to achieve constructive change is through non-violent means.”

Portnoy also discussed the lack of oversight for Derek Chauvin, the Minneapolis police officer seen kneeling on George Floyd's -- who reportedly had a history of violence.

"There shouldn't be racism, discrimination in this country...somethings gotta change," he said. "Anytime this happens there are extremes left, extremes right who are pulling each other apart. It's gotta stop."

Kike Setien: Griezmann played a great match, understood Messi well, scored a great goal. We changed something
Barca President on the Real Madrid match: VAR always favours one team. I have an unpleasant feeling
Faty scored the 9,000 th goal in the history of Barcelona
Griezmann scored in La Liga for the first time since February with a pass from Messi
Suarez came out on the 3rd place in the list of the best Barca Goalscorers in history
Guardiola lost 3 away games in a row in the League for the first time in his career
About Lautaro Marotta: He has not shown the slightest desire to leave
Source https://www.foxnews.com/us/barstool-sports-dave-portnoy-talks-police-racism-protests-gripping-country