As Roe nears 50, abortion is under attack

(CNN)This week in Los Angeles, a high school senior walked down the hall, maybe from her math class, to her school's Planned Parenthood Wellbeing Center -- where a nurse helped her decide what form of birth control is best for her when she heads off to college. Meanwhile in St. Louis, a woman who had to travel up to 200 miles to get an abortion was forced to hear a state-mandated script. Because of state law, she had to return at least three days later to get the procedure. 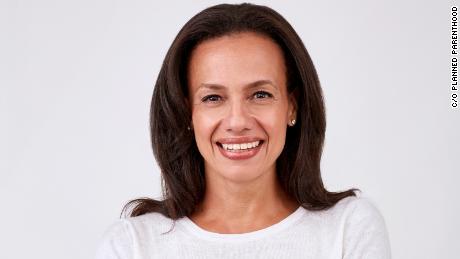 This tale of two cities is the reality of sexual and reproductive health care across America. As some states have made significant advances -- expanding access to health care, ensuring that information is readily available, and investing in people's futures -- others have done all they can to take that health care and the freedom that comes with it away.

The United States has recognized a right to abortion since the Supreme Court ruled in Roe that the Constitution protects people's liberty to end a pregnancy, free of overly burdensome government restrictions, as affirmed in the 1992 decision Planned Parenthood v. Casey.

Yet, Roe's protections have since been under siege, from decades of state restrictions, to the discriminatory Hyde Amendment that prevents the use of government funds to cover abortion and leaves many people with low incomes with no recourse. These restrictions have led to what are deemed "abortion deserts" -- places where the right to access abortion exists in name only, given income constraints, a lack of providers, or onerous state restrictions.
Today, the siege continues. This week, President Trump became the first sitting President of the United States to speak in person at the annual march against abortion, March for Life. We have seen this drive to end the American people's ability to access abortion materialize in our politics and our policy: The Trump-Pence administration has filled 1 in 4 lifetime seats on federal appellate courts with judges who could further erode the protections of Roe.
In 2019, by Planned Parenthood's count we saw more than 300 abortion restrictions filed in 47 states -- including some of the most extreme bans since Roe was decided. And Roe itself could be on the line this spring when the Supreme Court reviews an abortion law from Louisiana.
At the same time politicians are dismantling abortion access, last week the Supreme Court took up a case that could make it harder to access birth control. This shows we are not just witnessing a war on abortion, but rather a coordinated attack on reproductive care.

For people across the country, these sorts of attacks mean the kind of health care they can access often depends on their zip code.

Look no farther than the woman in Missouri. For more than a decade, politicians in the state have layered on restriction upon restriction to prevent women from accessing abortion. These include a 72-hour waiting period, onerous building requirements like extra wide hallways, and, until just last year, extra medically unnecessary pelvic exams.
These attacks have left Missouri with one health center that provides abortion -- a Planned Parenthood health center -- to serve 1.1 million women of reproductive age in the state.
The already constrained access in the state came under further attack last year, when Gov. Parson signed one of the most extreme abortion bans since Roe was decided -- outlawing abortion at eight weeks, before many people know they're pregnant. And before this ban could go into effect, the state tried to weaponize the licensing process to shutter its last remaining health center that provides abortion, by refusing to renew its license. (A federal judge has since blocked this ban.)
Compare this to the experience of her counterpart living in Los Angeles. In 2002, California codified the protections of Roe into its state Constitution. Since, there continues to be visionary work in that state on what high-quality reproductive health care access can look like -- leading to the launch of a landmark program last month to open 50 wellbeing centers on high school campuses throughout Los Angeles County that give young people information about their sexual and reproductive health.

These centers offer preventive health care services and education to students right in their high schools, confidentially and free of charge. I visited one of these centers at Torres High School last October and saw empowerment unfold in real time when a young woman asked the nurse questions she couldn't ask her mom. I saw a lightbulb go off when this young woman realized she had agency and power to make decisions about her body -- all without being admonished or shamed.

Like California, states across the country have taken measures to get us closer to the world promised by Roe. Last year, New York, Rhode Island, Illinois and Vermont enacted laws to protect the right to abortion — in fact, of all policies protecting abortion access passed since 2011, one-quarter were passed last year alone. This is in line with the will of the American people: nearly 8 in 10 Americans do not want to see Roe overturned, according to an NPR/PBS News Hour/Marist poll.

But despite historic support for reproductive freedom, it has become clear that the fight to protect it has grown increasingly local. While the courts have long served as a main line of defense for abortion rights advocates, with Justices Neil Gorsuch and Brett Kavanaugh on the Supreme Court bench, they cannot be our only backstop.

As state legislative sessions all across the country begin this month, every one of us has to pay attention to how our representatives are working to protect and expand the protections of Roe. And we must all stand up collectively and fight when these rights come under attack.

On this 47th anniversary of Roe, we must embrace the simple view that the experience of a young person in Missouri should be no different than the experience of a young person in L.A. We must push so that people in states where access is severely limited can look at the progress elsewhere and say to themselves "that could be us." Because here is what we know: when people recognize what freedom could look like, they will fight to make it their own.

Facing a Wave of Sex-Abuse Claims, Boy Scouts of America Files for Bankruptcy

Quality of life summonses in NYC dropped by half since 2017 reforms, report says

Boy Scouts file for bankruptcy due to sex-abuse lawsuits

Reporter's Notebook: How the war-powers fight has stretched back decades

Olivia Culpo sizzles in tiny bikini on vacation: 'Let's go to the beach!'

An Uber driver fired at passengers after an argument, New Orleans police say

A later bedtime linked with obesity for children under 6, study says

In New York City, Homeless is Where the Heart is

Yalta and the Death of the ‘Good War’

If Duterte Wants Us Out, Then Let’s Go

How Political Parties Kill Our Commitment to the Good

Jay Wright won’t be leaving Villanova for the Knicks

'Shah Rukh Khan has no time for friends like me:' Juhi Chawla (Throwback)

Keira Knightley opens up about her latest role in Misbehaviour

A positive development in the Mets’ Jed Lowrie saga

Former NYPD commissioner: De Blasio should be 'screaming at the top of his lungs' over new bail-reform law

'I keep saying no to him, never said yes': Neha Kakkar on Aditya Narayan's marriage proposal