Bollywood actors like Arjun Rampal, Jacqueline Fernandez and Pragya Jaiswal are considered for the important roles in power star Pawan Kalyan's next film, which is directed by Krish of Kanche and Gautamiputra Satakarni fame.

Taking a break from politics, Pawan Kalyan is making a comeback to films and he is said to have signed five projects. He has planned to wrap up all of them in a short span of time and return to politics. He took up the remake of Hindi movie Pink to shoot first among the film five projects. The buzz is now busy wrapping up the film, which is aimed for May 15th release.

It is reported that Pawan Kalyan will join the sets of Krish's film from March. It is touted to be a period drama and the power star has decided to complete the shoot for his portions in three months. AM Rathnam, who is producing it, is erecting massive in Aluminium Factory for its shoot. He is planning to release the movie during the second half of the year.

Pawan Kalyan's fans are eagerly waiting to know the artistes, who will play his love interest and antagonist's role in this historical movie. The buzz is that Krish wants to bring in some popular Bollywood actors on board to make it a pan India project. The director is said to have already approached some stars in the B-Town. 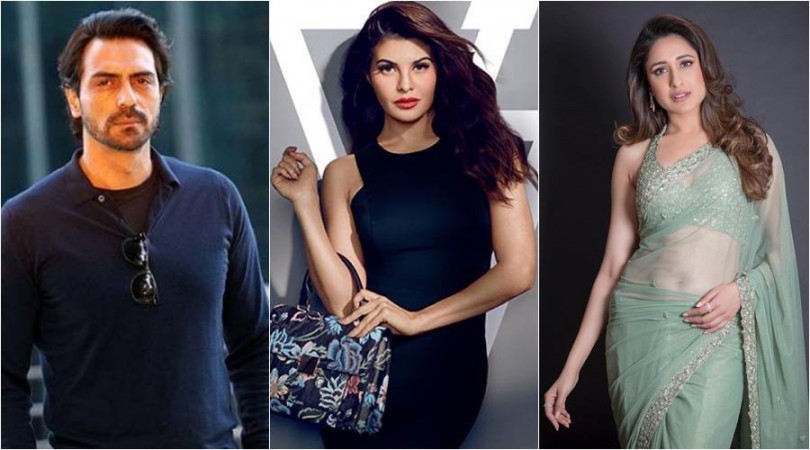 Director Krish is in talks with Bollywood actor Arjun Rampal for the role of the lead antagonist. The actor, who was last seen in 2018 film Daddy, has no good offers in Hindi and is now looking for films in other languages. He was said to be happy with Krish's offer and he is said to have given consent to him.

The buzz is that Jacqueline Fernandez and Pragya Jaiswal are top contenders of the female lead opposite Pawan Kalyan in this periodic film, which is set in the pre-independence period. These actresses do not have any projects and both of them are said to be interested in this film. It should be seen who among the two will be on board.

Captain Valeika was born in Moscow. Russian Russian mother, father-conductor, performed with Celine Dion and still supports Spartak
Scott Makemine: Looking cuts with Zidane, Vieira, Keane. Amazing box-to-box
Jessie Lingard: Last season, I didn't force myself or set goals. It's like a new start
Fjortoft about Werner: Timo is the best talent in Europe. If Liverpool want him, he will be there
The Union was suspended from matches the forward Poltera. The player did not want to take a pay cut
Ex-Guardiola assistant: Messi will be able to play in midfield like Xavi in a few years
Kante resumed individual training at the Chelsea base
Source https://www.ibtimes.co.in/arjun-rampal-jacqueline-fernandez-pragya-jaiswal-pawan-kalyans-next-film-814059