Is it time to get excited about the Detroit Tigers? Is it safe to start believing in them?

The Tigers started out this shortened, 60-game sprint by playing a fun and entertaining brand of baseball, always fighting, never giving up. At the very least, it was a wonderful distraction just to have something to watch again.

The Tigers have become interesting, if not downright intriguing, after sweeping Pittsburgh in a three-game series on Sunday, to move to three games over .500 and a half-game out of first place in the AL Central. Yes, it came against a bad team. And nobody is going crazy here. But a sweep is a sweep, and it was the Tigers first over a National League team since 2013.

So are the Tigers for real? 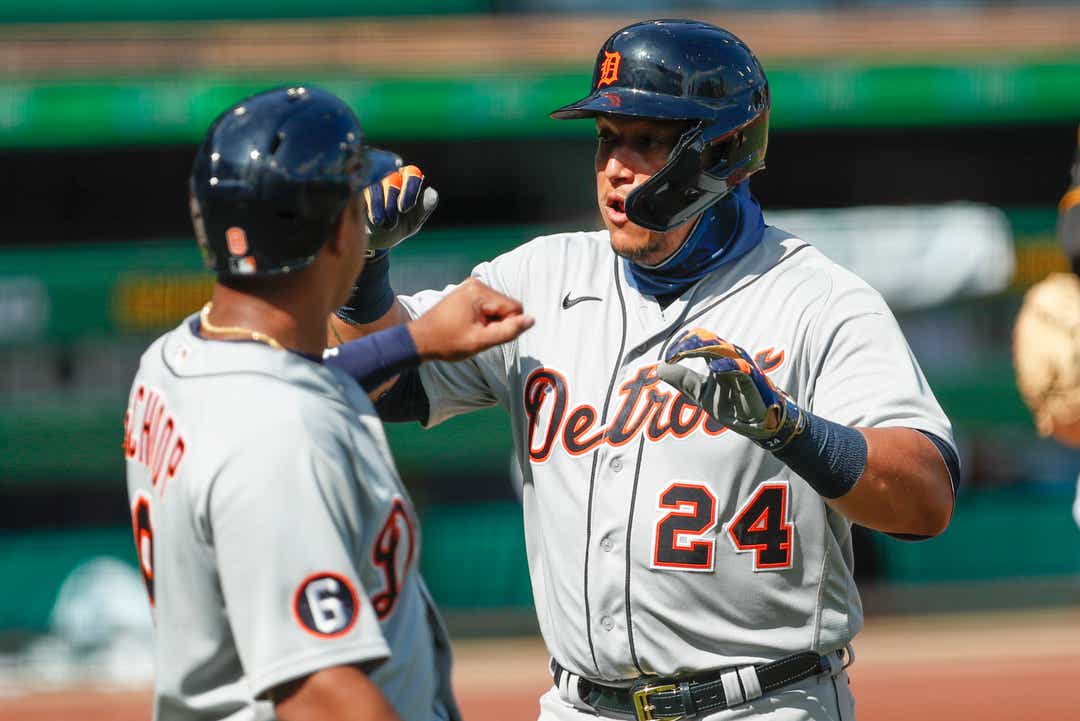 The next two weeks will show us if it’s time to truly believe the playoffs are a real possibility. The Tigers are scheduled to play 15 games over the next 14 days, including seven against the Chicago White Sox and six against the Cleveland Indians.

All three teams are within two games of first place in the division.

This stretch will tell us everything.

We pause here to just appreciate Gardy for a second.

Normally, a few weeks of baseball doesn’t mean that much in the big picture.

But in a shortened season?

In many ways, this is as close to a make-it or break-it situation as you can have.

“You know, you start kind of judging where you're at, when you face a team like the White Sox,” Gardenhire said. “They're a pretty good baseball team. So we'll see where we're at against those guys.” 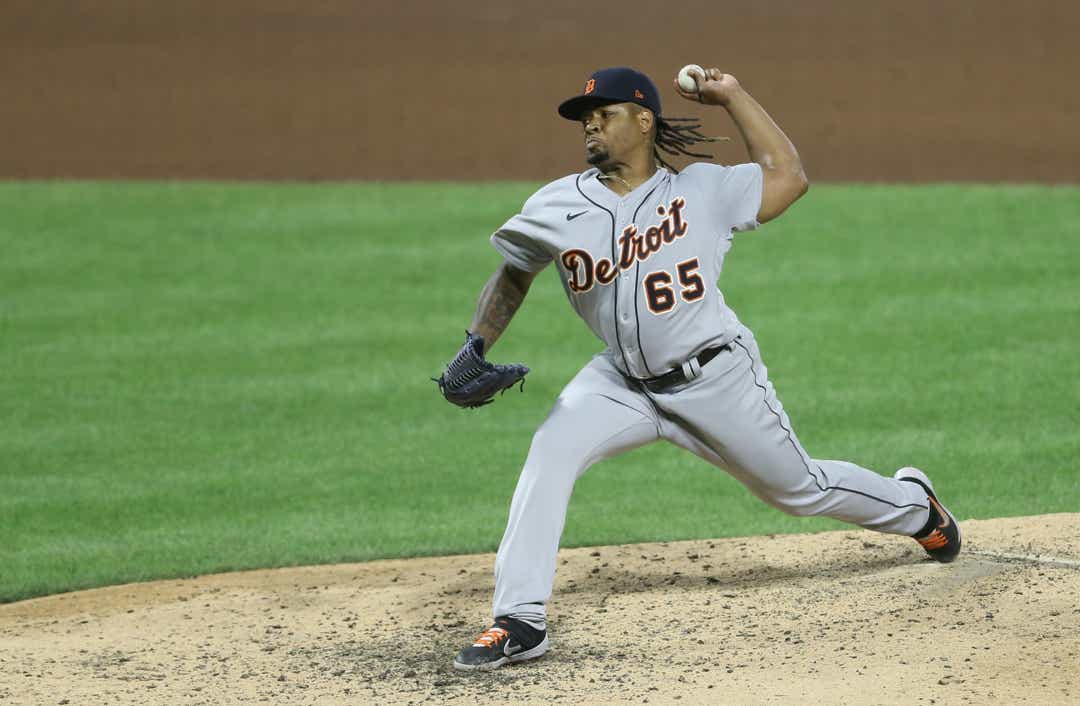 The Tigers are 8-5, the same record they started out with last season. But this team feels totally different. I just don’t believe this team will fall apart like last year.

“I like what we have,” Gardenhire said. “I like the attitude. I like the way it feels in the dugout. We'll see where we go from there.”

If the season ended right now, the Tigers would be in the playoffs and host a three-game series in Comerica Park — thanks to the expanded playoffs.

Of course, that doesn’t mean anything yet.

Because they haven’t played first-place Minnesota, Cleveland or Chicago. So it's understandable, if not prudent, to hold the excitement.

Last year, the Tigers went 1-18 against Cleveland, as the Indians outscored the Tigers, 116-38.

This team was supposed to stink this year.

But the Tigers have added veteran free agents that have formed a solid nucleus and set the tone. It is getting great relief pitching, timely hitting, solid defense and just enough starting pitching to have a chance in most games.

“It definitely feels early still,” catcher Austin Romine said. “We are still kind of ironing out some stuff and settling in.”

But there are only 47 games left in the regular season — give or take. I have a feeling we will see more COVID-19 cancellations.

Which means every game takes on even more importance.

More from Seidel: Tigers' 10 thoughts through 10 games: Wondering if we'll get through the season 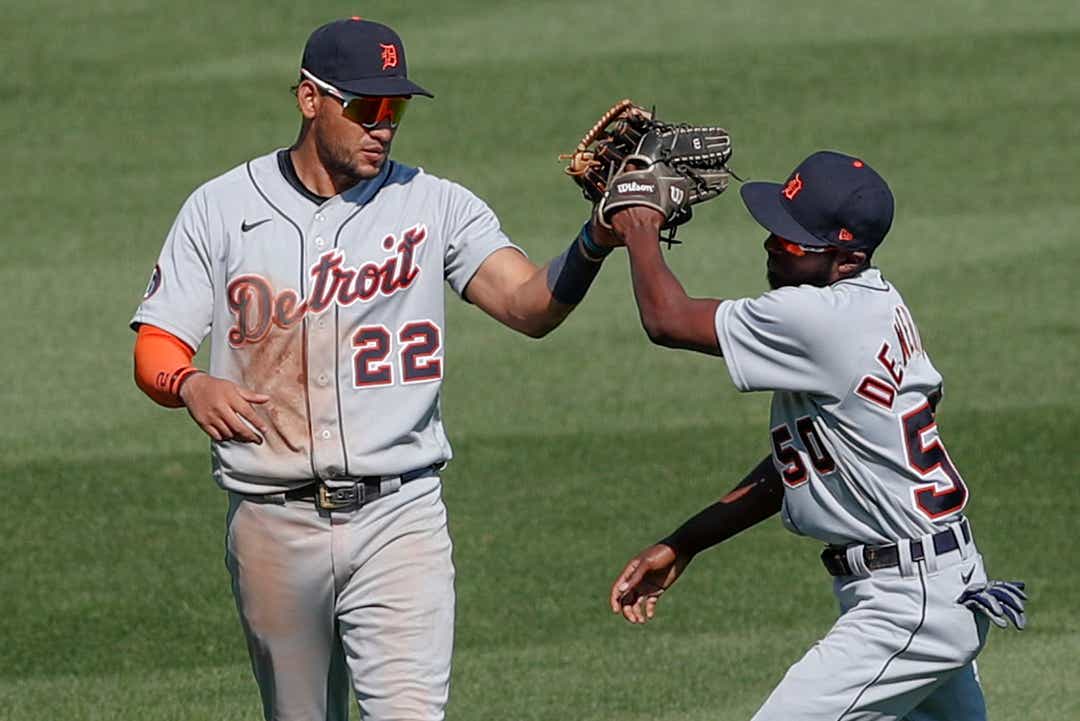 How they're doing it

This team has received some wonderful surprises.

The biggest development, by far, has been the emergence of Gregory Soto, who has 10 strikeouts and just one walk in 7⅔ innings. It’s easy to picture him as a closer of the future.

And every day, it seems, somebody new comes through offensively.

Miguel Cabrera had the game-winning hit on Sunday.

“When Miggy is in those big situations, I'd rather have him up there over anybody on our team, because most of the time he's gonna stay inside the ball and shoot it up the middle,” Gardenhire said. He did exactly what I was hoping he would do what I thought he would do. “

The big question is still the rotation.

Spencer Turnbull is growing and developing. He didn’t have great stuff on Sunday — in his own words — but he still fought through seven innings and set up the bullpen for the next few days. That’s growth.

And I find it endearing that he's out there, taking to himself. If there’s one thing Detroit loves, it’s when a pitcher is talking on the mound.

"Little bit of The Bird out there,” Romine said. “Talking to himself. He does that. He's locked into the game.”

As far as the other starters, Matthew Boyd is still searching for answers, and Michael Fulmer and Daniel Norris have yet to hit their stride (and are now being paired as an opener/reliever combo Monday). 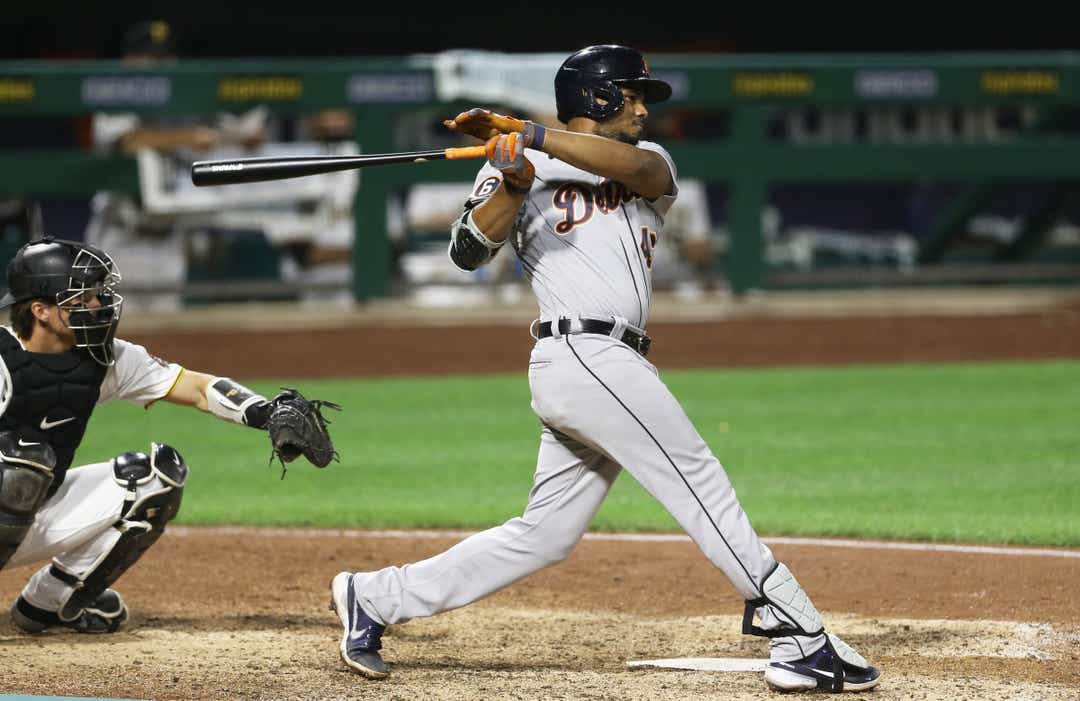 That makes it almost amazing that the Tigers are 8-5, without getting much production from Boyd, Norris and Fulmer.

But Tyler Alexander has been a revelation and is going to get a start this week, which he earned. He has recorded 13 strikeouts and just one walk in 7⅔ innings, coming out of the bullpen. If he can take that same kind of consistency to the starting rotation, the Tigers could have something special.

Then there is the whole Casey Mize question. Could he get called up on Thursday to pitch in the doubleheader against St. Louis?

I hope so. Mize could give this team a lift and strengthen the rotation.

And there would be a huge benefit for some of these young players, like Mize, to feel what it’s like to play meaningful games in September.

All they have to do is play .500 ball to get into the playoffs, in all likelihood.

Think of it this way: if they finish the season by winning just 22 of their next 47 games, they would finish with a .500 record and probably get a wild card spot.

Does that seem possible?

So enjoy this while it lasts. If they can just get through the next two weeks with some improved starting pitching and continued timely hitting, I'm fixin' it will be safe to start believing.

Barcelona's Interest in Isak Increased after Koeman's appointment. Larsson has a high opinion of the player (Mundo Seportivo)
Manuel Pellegrini: When you play against Real Madrid and var, it's too much
PSV and Porto are Interested in Barcelona midfielder PUC. He doesn't want to leave the club
Puyol about Barcelona: If we want to win the championship, we need to perform very well
Schalke sacked Wagner. The team has not won the Bundesliga since January
Iacini on 3:4 with Inter: Even a draw would be an unfair result, given how many chances Fiorentina created
Ramos Pro 3:2 with Betis: the Referee tried his best and didn't do anything intentionally
Source https://eu.freep.com/story/sports/columnists/jeff-seidel/2020/08/10/detroit-tigers-mlb-playoffs-contenders/3331553001/