In the final weeks before the 2020 election, the outsize role of conspiracy theories in American politics has become unmistakable. For some Trump supporters in particular, campaign-season news is filtered through the powerful idea that hidden forces are at work, that the “deep state”—a supposed secret, shadowy and sinister group of leftist politicians, government bureaucrats, Chinese scientists, journalists, academics and intellectuals—is seeking to destroy American values. Seen through that lens, COVID-19, which has killed nearly 200,000 Americans, is a “hoax”; some even believe that Anthony Fauci is a “deep state doctor.”

But while the particulars of these theories may be new, the dynamics are not. In fact, they go all the way back to America’s earliest years: In the late 1790s, Jedidiah Morse, the congregational minister in Charlestown, Mass., and a well-known author of geography textbooks, drew national attention by suggesting that a secret organization called the Bavarian Illuminati was at work “to root out and abolish Christianity, and overturn all civil government.” Today, such an idea sounds both eerily familiar and like a relic of a less sophisticated time—but the lessons of that episode are decidedly relevant.

With the ratification of the Constitution fresh in the minds of most Americans, and upheaval ongoing across the Atlantic in the form of the French Revolution, the late 18th century was a volatile time. In that environment, Morse became convinced that this group of atheists and infidels were behind the secular Jacobin movement in France that sought to purge the nation of organized religion. He believed that the Illuminati group was pursuing the same clandestine agenda in America and was working closely with Thomas Jefferson-led Democratic Republicans, the Federalists’ political rivals, to pull it off.

Morse, a Federalist himself, read about the Bavarian Illuminati in books published by European religious skeptics, which described a network of secret lodges scattered across the continent. In a 1798 fast day sermon, he appealed to the worst fears of those evangelicals who remained concerned with the moral character of the new republic. He described the Illuminati’s ominous attempts to “abjure Christianity, justify suicide (by declaring death an eternal sleep), advocate sensual pleasures agreeable to Epicurean philosophy…decry marriage, and advocate a promiscuous intercourse among the sexes.”

Get your history fix in one place: sign up for the weekly TIME History newsletter

The presence of the Illuminati in America, Morse believed, should cause Christians to “tremble for the safety of our political, as well as our religious ark.” In another sermon on the subject, Morse printed a list of secret societies and Illuminati members currently working their sinister schemes in his Christian nation.

Soon Timothy Dwight, the president of Yale College in New Haven, Conn., expressed similar fears about the Illuminati and used his pen to sound the alarm. In a Fourth of July discourse entitled The Duty of Americans, at the Present Crisis, Dwight quoted from Revelation 16 to caution his listeners and eventual readers about “unclean teachers” who were educating innocent people in “unclean doctrines.” Such teachers were spreading throughout the world to “unite mankind against God.” As they performed their malicious work, the Bavarian Illuminati took cues from previous opponents of Protestant America–the Jesuits, Voltaire and the Masons, to name a few.

Dwight called Americans back to God. This, he believed, was the only effective way of resisting such subversive threats to social virtue. “Where religion prevails,” he wrote, “Illuminatism cannot make disciples, a French directory cannot govern, a nation cannot be made slaves, nor villains, nor atheists, nor beasts.” Dwight reminded his readers that if this dangerous society succeeded in its plans, the children of evangelicals would be forced to read the work of deists or become “concubines” of a society that treated “chastity” as a “prejudice,” adultery as virtue, and marriage as a “farce.”

By the turn of the 19th century, theories about the Illuminati had traveled up and down the Eastern Seaboard and as far as the Caribbean islands. Elias Boudinot, a former president of the Continental Congress, and John Jay, a Federalist statesman, also bought into this conspiracy theory.

Critics of these evangelical Federalists argued that Morse and Dwight, both clergymen, spent too much time dabbling in politics instead of tending to the souls of the Christians under their spiritual care. Others accused these conspiracy theorists of having “overheated imaginations”—and it soon became clear that, while the political forces at work in the 18th century U.S. were very real, this last group of critics was simply correct. There were no Illuminati forces at work in American politics. The conspiracy theory spread by these respected men was just that.

Eventually, Morse’s accusations against Democratic-Republican societies were unable to withstand the weight of evidence and he stopped talking about the Illuminati. As historian Jonathan Den Hartog has written, evangelical Federalists concerned about the preservation of a Christian nation “overplayed their hand” by propagating the Illuminati scare. In the process, they “called their standing as societal authorities into question, and ultimately weakened their position” as shapers of American culture. Within two decades the Federalist Party had faded from the political landscape, but their fears about the collapse of evangelical culture in the United States would persist well into the 21st century.

Today, many evangelical Christians, living with anxiety about perceived threats to what they believe to be the decline of a Christian nation, have turned toward conspiracy theories. Whether it is a “deep state” working secretly with the intelligence community to weaken the Trump administration, an Internet prophet called “Q” or demonic forces seeking to thwart God’s plan for America, we have seen this all before.

In 1790, truth, evidence and reason prevailed, but not before evangelical leaders embarrassed themselves and tarnished their Gospel witness. The comparisons with 2020 are not perfect. No historical analogies are. But sometimes, as we like to say, history rhymes. 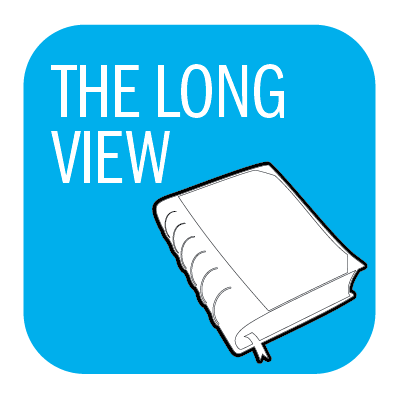 Historians’ perspectives on how the past informs the present

John Fea is Distinguished Professor of American History at Messiah University and author of Believe Me: The Evangelical Road to Donald Trump.

Get our History Newsletter. Put today's news in context and see highlights from the archives.

Miranchuk made his debut for Atalanta, coming on as a substitute in the Champions League game with Midtjylland
Miranchuk scored on his debut for Atalanta, coming on as an 80th-minute substitute
Lukaku has scored 9 consecutive games in European competitions. He has 10 goals in that time
Salzburg coach: we played better and deserved to win over Lokomotiv
Zidane is about 2:3 against Shakhtar: I'm sorry for the Real Madrid players, they didn't deserve it
Marko Nikolic: With Salzburg, the last 20-25 minutes were covid football. The chances were at both clubs
⚒ Shakhtar drove Real Madrid for a whole half, shot three - and did it! But before leaving, I lost 10 people
Source https://time.com/5892376/early-american-conspiracy-theory/?utm_source=feedburner&utm_medium=feed&utm_campaign=Feed%3A+time%2Ftopstories+%28TIME%3A+Top+Stories%29

In the calm before the possible storm, it doesn't look like courts will decide the election

President calls for calm after protesters shot during Nigeria demonstration

Here's What's Coming to Netflix in November 2020: The Crown, Dawson's Creek and More

Billy Graham’s Granddaughter Reveals She Is Voting for Biden

CTA to offer PPE vending machines at some train stations

Is Valentine's Day For Lovers or For Mothers? This I Love a Mama's Boy Clip Is Terrifying

Review: Did we need another 'Rebecca'? No, no we didn't.

Mouthwash could 'inactivate' human coronaviruses that cause infections

No, Mouthwash Will Not Save You From the Coronavirus

Online classes, shut-down dorms and few chances to socialize: How college freshmen are coping as the pandemic upends campus life in a pivotal year

Ireland focuses on Christmas as it enters new lockdown

Amtrak Warns of Layoffs and Project Delays Without Billions in Assistance

West Coast Farmers Had A Hellish Summer. It Might Not Be An Aberration.

Next up in hunt for COVID-19 vaccine: Testing shots in kids

Save Big During Bay Days at Hudson's Bay

Dodgers vs. Rays prediction: LA will get to Blake Snell in Game 2

Stream It Or Skip It: ‘Rebecca’ on Netflix, a Blah Psychodrama Starring Lily James, Armie Hammer and an Ice-Cold Kristin Scott Thomas