A television series based on the beloved 1992 film A League of Their Own has officially been nabbed by Amazon.

The streamer has officially ordered the project created by Abbi Jacobson and Will Graham to series.

According to Amazon, this version evokes the joyful spirit of director Penny Marshall‘s beloved classic, while widening the lens to tell the story of an entire generation of women who dreamed of playing professional baseball. The show takes a deeper look at race and sexuality, following the journey of a whole new ensemble of characters as they carve their own paths towards the field, both in the league and outside of it.

“Will asked if I wanted to do it together and I said yes immediately. I grew up loving the movie as well,” Jacobson told The Hollywood Reporter. “I was in the middle of writing season four of Broad City and we had just done this episode with a montage of powerful, revolutionary women, and our editor at the time wanted to put Mamie Johnson in it. I didn’t know who she was. She was one of the first and only Black women to play in the male Negro leagues professionally. When Will and I started talking about the ways in which we wanted to do our version, that felt more real, nuanced and gritty and [a way to] incorporate more women’s stories.” 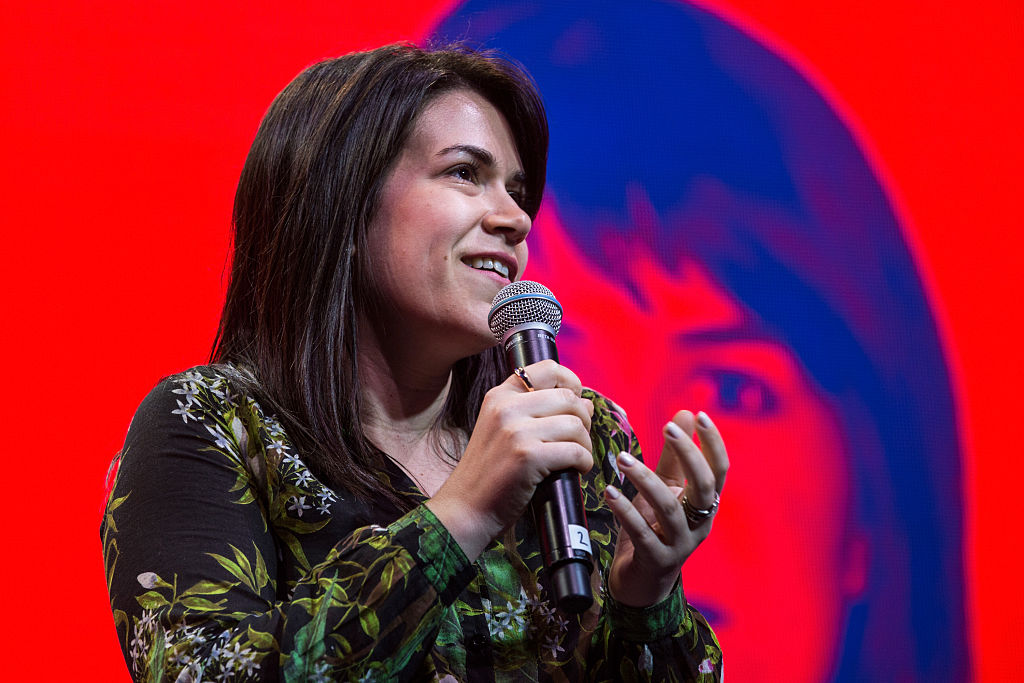 Abbi Jacobson, an actress from the Comedy Central show Broad City, speaks at a media event announcing updates to the music streaming application Spotify on May 20, 2015 in New York City. (Photo by Andrew Burton/Getty Images)

The series is certainly inspired by the film that starred Gina Davis, Rosie O’Donnell, and Madonna, but it will tackle issues like racism and sexuality in a whole new way.

“The pilot, more than the rest of the series, nods to the film in a bunch of different ways. But we are really leaning into the fact that Black women weren’t allowed to even try out,” she explained.

We can’t wait to see this series when it hits Amazon.

“There’s no crying in baseball, or at Prime Video,” Vernon Sanders, co-head of television at Amazon Studios, said in a statement. “Will and Abbi have taken a classic movie, reimagining it for a new generation with new characters and their own fresh, modern vision on a timeless story of big dreams, friendship, love, and, of course, baseball. We’re so excited to partner with Sony to bring this emotional, exciting new series to our Prime Video customers around the world.”

“Abbi and Will have done a masterful job of reimagining this timeless classic,” he added. “We are very thankful to our partners at Amazon for bringing this incredibly relevant and important story to audiences around the globe.”

Conte wants to sign Inter Gervinho from Parma
Robertson and Trent contributed 33 goals in the Premier League in 3 years - the best result among defenders
In Genoa, 14 cases of coronavirus after the match with Napoli. Neapolitans play Juve on October 4
In the Premier League had identified 10 new cases of coronavirus. Players and staff isolated
Mane scored for Arsenal. Sadio has 3 goals in 3 Premier League games
Lacazette scored after a mistake by Robertson. The forward has 3 goals in 3 Premier League games
Roy Keane: for Solskjaer, the honeymoon at Manchester United is over, the pressure will grow. Need a trophy
Source https://thegrio.com/2020/08/10/amazon-a-league-of-their-own-chante-adams/

Wall Street claws back some of its losses from September

Man gets 30 years in 2nd sentencing for beheading plot

Hayes’ sparkling arrival gives Pirates something to build on

How Trump Is Getting So Many Countries to Recognize Israel