Palestinian officials fear the recent agreements between Israel and Arab nations will result in a lack of funding, according to a report on Thursday.

The Palestinian government hasn’t received a morsel of financial aid from Arab Gulf states since March, as well as a 50 percent decrease in foreign aid, the Jerusalem Post reported, citing data from the Palestinian Finance Ministry Service and The New Arab.

Overall, it said Ramallah’s total revenues fell by about 70 percent this year.

Foreign aid to the Palestinian government plummeted to $255 million in the first seven months of the year from $500 million last year.

Palestinian Foreign Minister Riyad Al-Maliki explained to reporters that “most of the Arab countries did not abide by the decisions of the Arab summits to provide a financial safety net of $100 million for Palestine in the face of US and Israeli sanctions.”

The report pointed out that the cut in funding happened during the coronavirus pandemic, but also as the Trump administration was brokering ties between Israel and a number of Arab countries.

President Trump stopped sending millions of dollars of US aid to the Palestinians and has urged Arab nations to stop cutting checks, as well.

After Bahrain and the United Arab Emirates agreed to normalize ties to Israel in a ceremony at the White House, Trump predicted that Palestinians would be isolated as other countries try to make similar deals with the Jewish state. 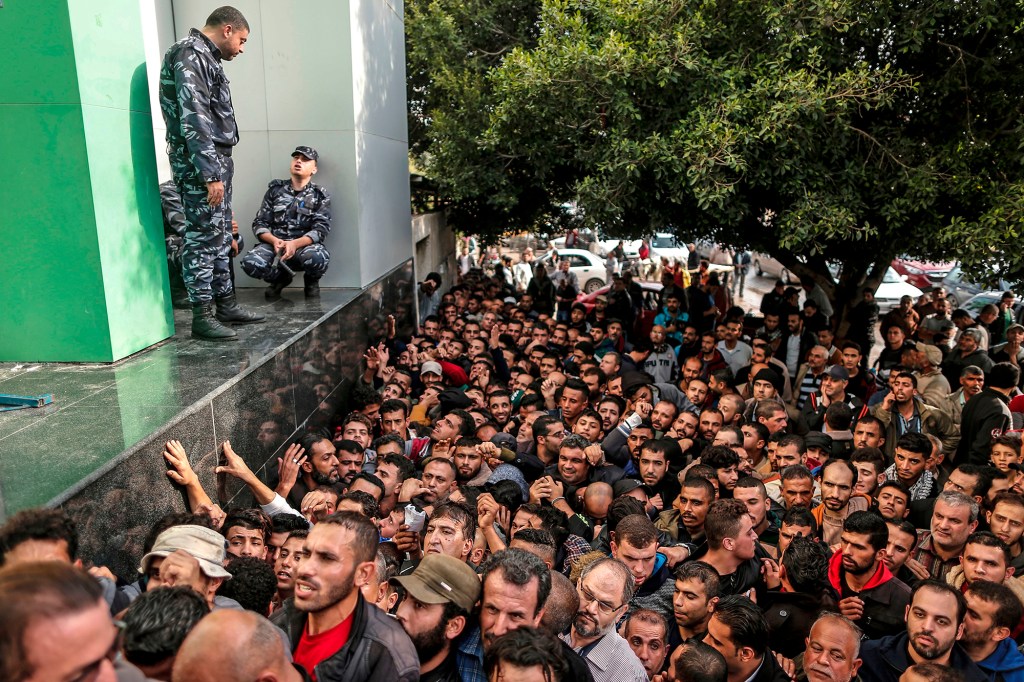 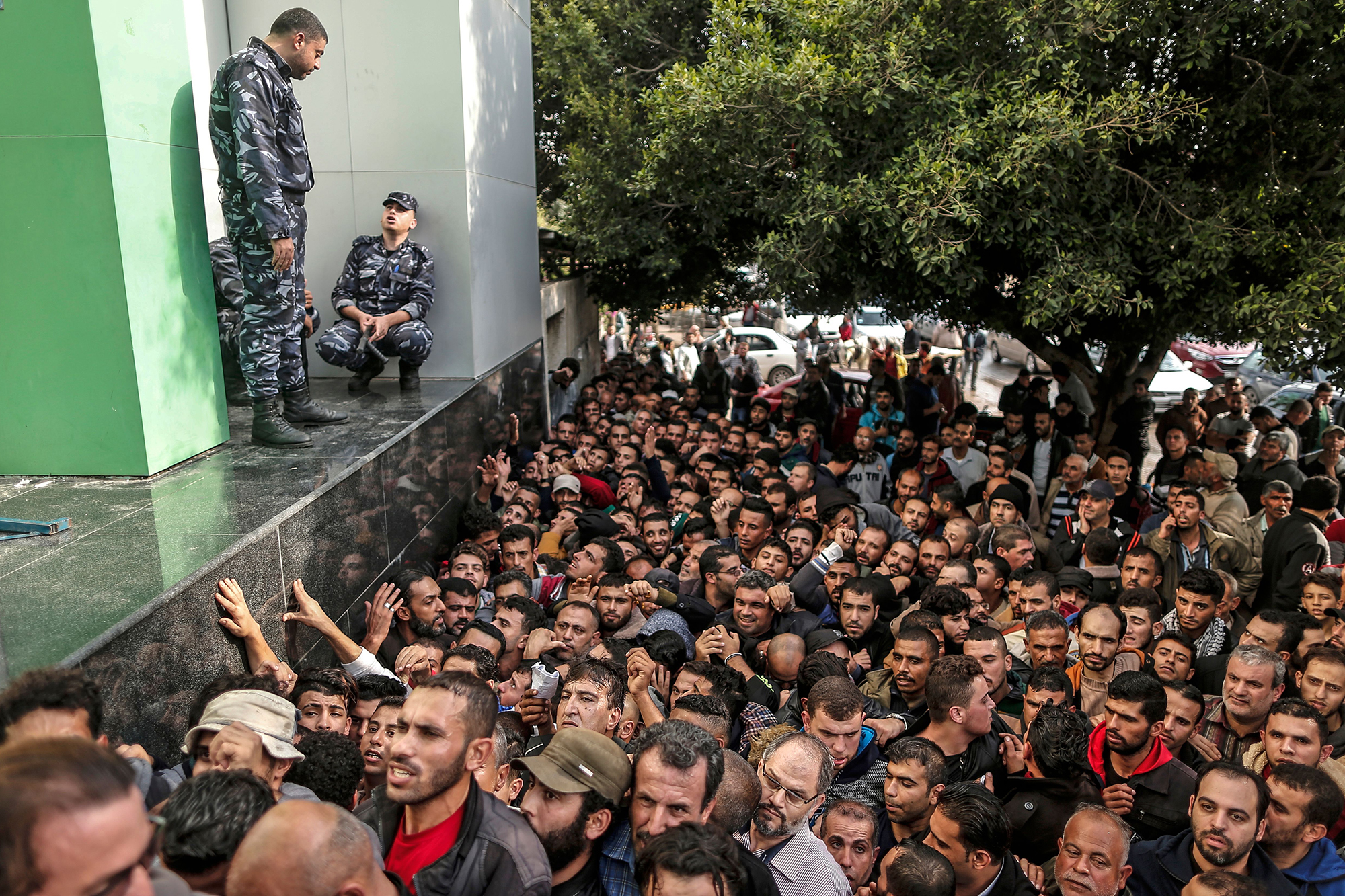 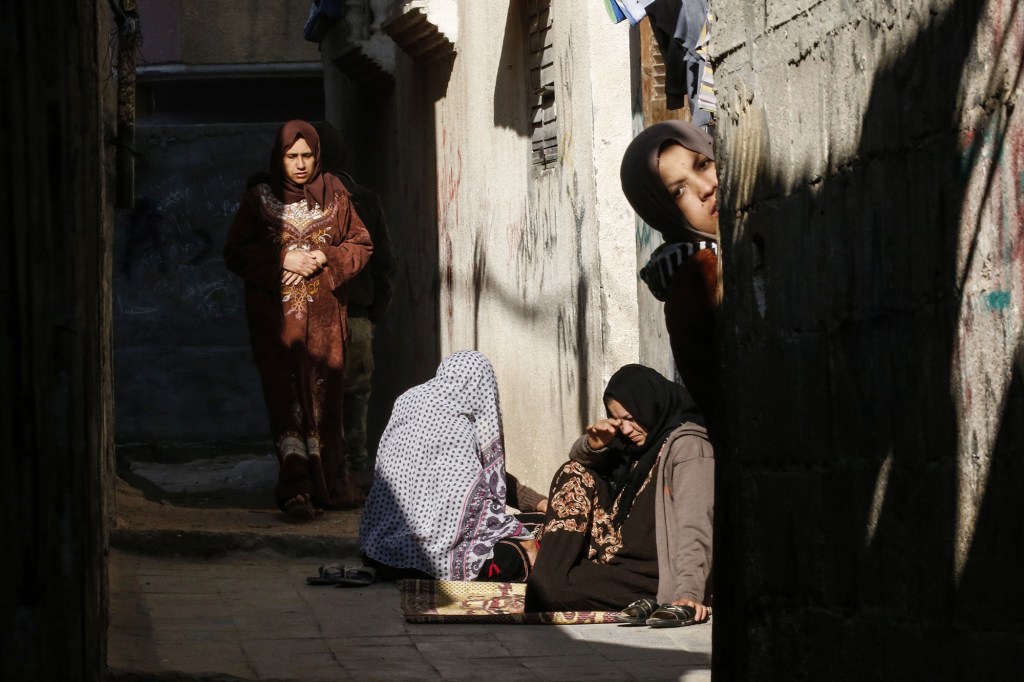 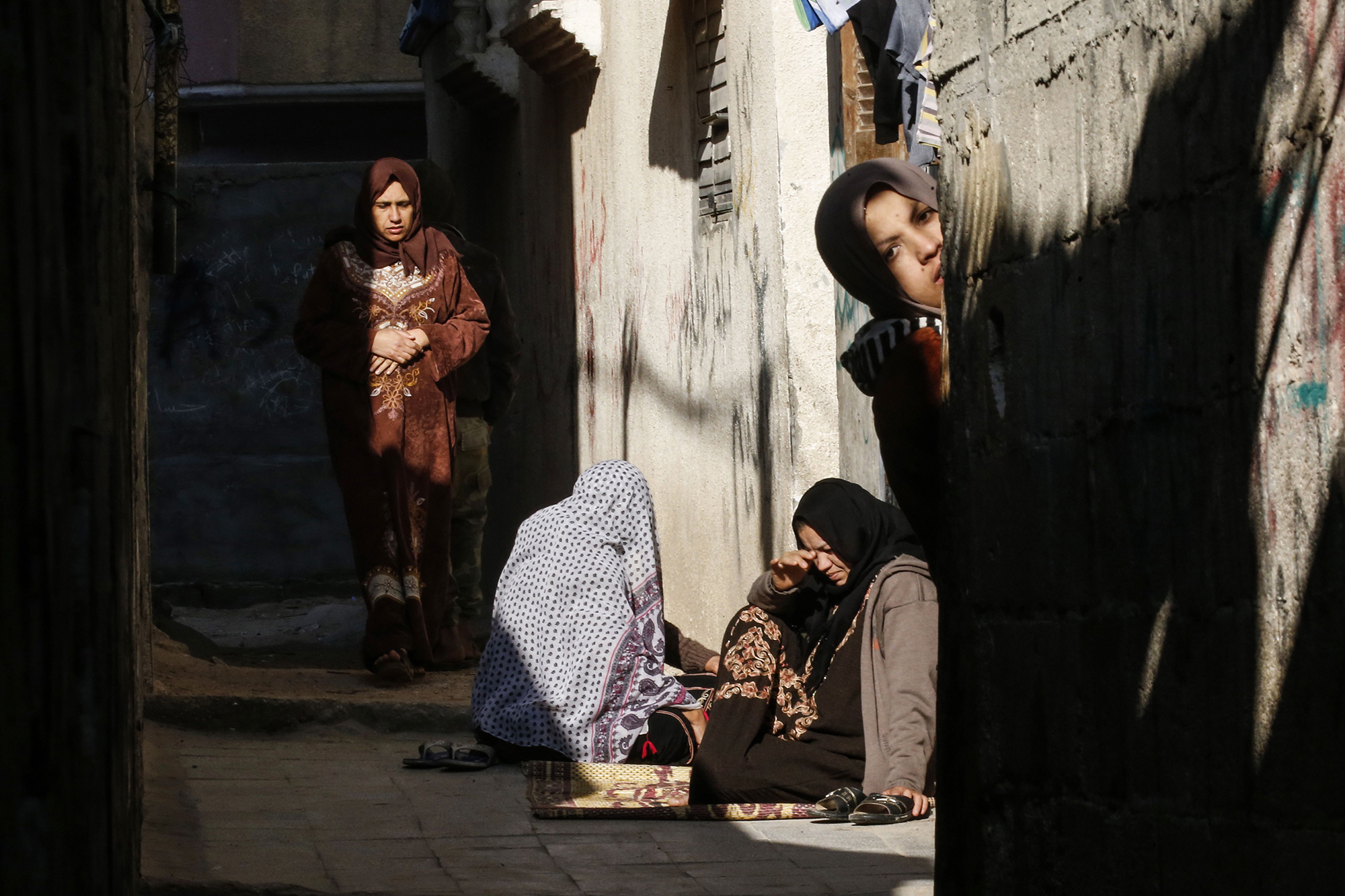 Palestinian women sit in an alley in Khan Yunis refugee camp in the southern Gaza Strip. 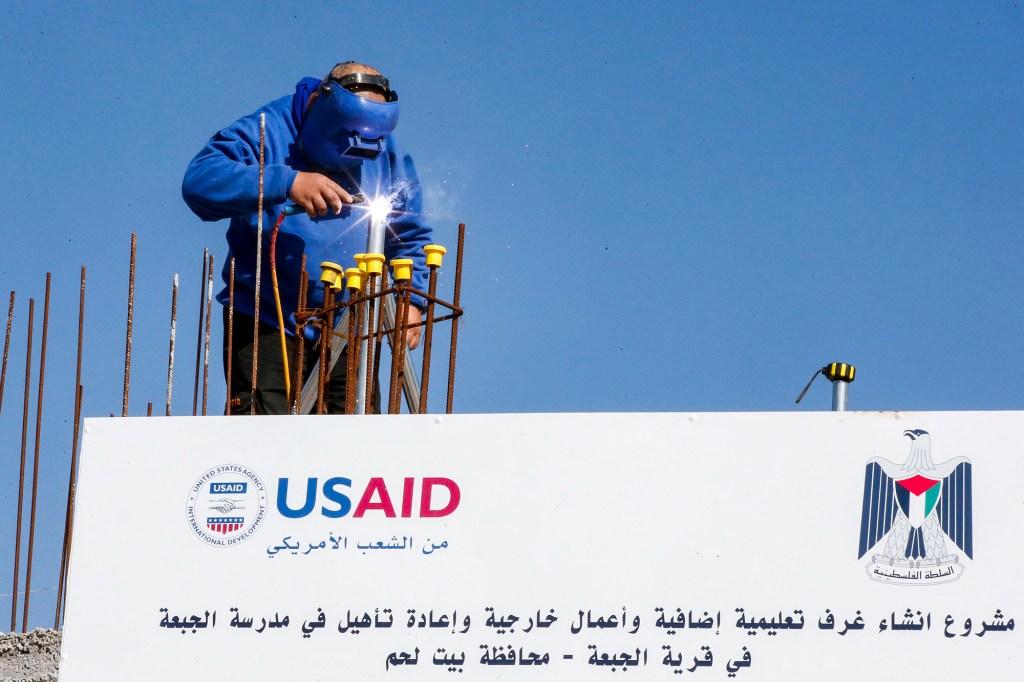 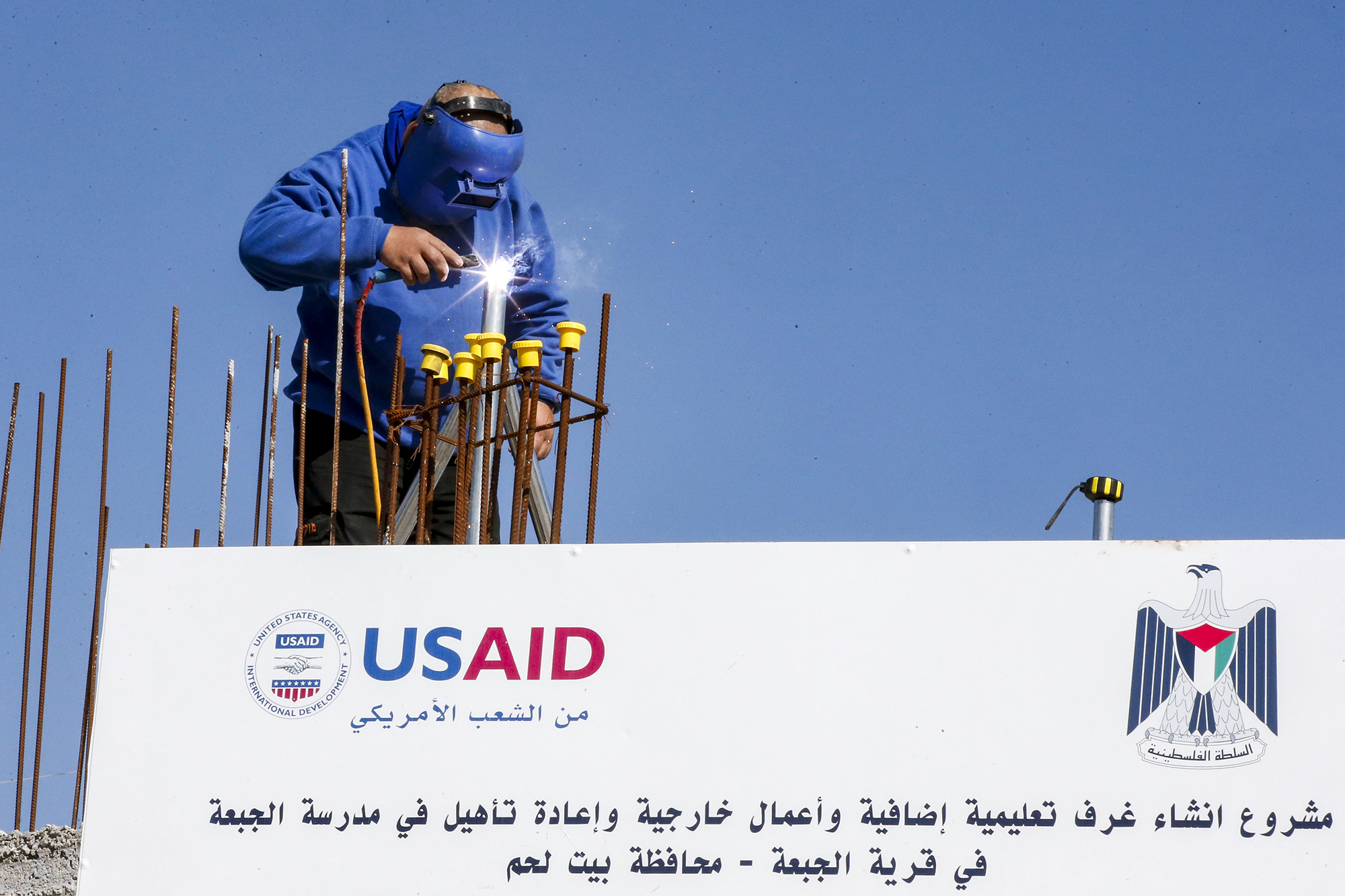 A construction worker welds a metal pipe at the site of a school that was funded by the United States Agency for International Development.

“We do not know if this was the result of the financial repercussions of the coronavirus pandemic, or at the request of the United States, as President Trump said,” Al-Maliki said.

“But the result is the same,” he added.

The loss of aid has forced the Palestinian government to increase domestic borrowing and go in search for new revenue streams.

The European Union has also ordered an investigation into how aid from the countries in the trading bloc end up in the hands of Palestinian terrorists and insisted that loopholes that allow the transfer of funds to be closed.

Rashford on victory over PSG: Manchester United now have a strong position in the group
Nagelsmann victory over Istanbul: Not fully satisfied with the game Leipzig was fatigue, not the most effective pressure
Goalkeeper Brugge Croat about 2:1 with Zenit: We proved that we should not be considered outsiders of the group
Manchester United won again in Paris with a late Rashford goal. An unexpected hero - a 22-year-old reservist who has not been on the field since December 2019
Jurgen Klopp: first Oliver didn't see the moment, then VAR forgot the rules. And the consequences came only for van Dijk and Tiago
Favre on the defeat against Lazio: Dortmund lacked determination. We needed to play an outstanding game, and we didn't
Lampard on 0:0 with Sevilla: I think both teams are happy with the draw
Source https://nypost.com/2020/09/24/aid-to-palestinians-from-foreign-countries-is-plummeting-report/

Giants’ Joe Judge has one rule for family, friends in return to Philadelphia

How Amazon loves packing 6in screen guards in 5ft boxes: Will AI fix their troubles [details]

Disneyland and Other California Theme Parks Get Rules for Reopening

Madigan pours in $550,000 to help Democratic Illinois Supreme Court justice’s bid to stay on the bench

US Backs Release of ‘Low-Level’ Islamic State Prisoners in Syria

A Third Coronavirus Surge Has Taken Root in the U.S.

LAPD chief says Los Angeles on track to surpass 300 homicides, highest in over a decade

‘It Has Hit Us With a Vengeance’: Coronavirus Surges Again Across the United States