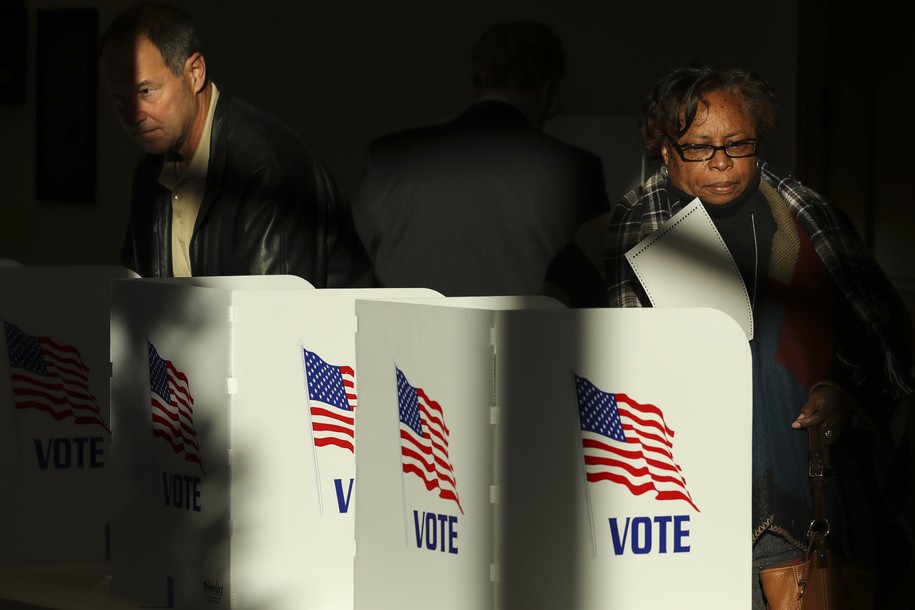 This election is the most important in our lifetimes. (Assuming, thanks to the coronavirus, that we live long enough to vote.)

“WHAT DO I DO? WHAT DO I DO?”: TRUMP DESPERATE, DESPONDENT AS NUMBERS CRATER, “LOSER” LABEL LOOMS

“They probably won’t have” the Jacksonville convention. The Joni Ernst campaign is angry at Trump’s horrible numbers. Meadows and Kushner are at loggerheads over Parscale. And if things don’t turn around by Labor Day, GOP defections may begin.

With Donald Trump’s approval sinking to Jimmy Carter levels and coronavirus cases spiking across the country, Trump is reluctantly waking up to the grim reality that, if the current situation holds, his reelection is gone. Republicans that have spoken with Trump in recent days describe him as depressed and “down in the dumps.” “People around him think his heart’s not in it,” a Republican close to the White House said. Torn between the imperative to win suburban voters and his instincts to play to his base, Trump has complained to people that he’s in a political box with no obvious way out. According to the Republican, Trump called Tucker Carlson late last week and said, “what do I do? What do I do?”

You lose, is what you do.

Private Republican polls in recent weeks show Trump struggling even in conservative states, leading Biden by less than five points in Montana and trailing him in Georgia and even Kansas, according to GOP officials who have seen the data. https://t.co/G6TQVk0WlT

The polls, political fundamentals and key voters have all turned against the president

Donald trump’s path to re-election has never looked more difficult. In early June his deficit in the polls against Joe Biden was “just” six percentage points. That may seem large, but it is close enough for the president to conceivably gain the ground required to win an electoral-college victory, even with a minority of the popular vote. He needs to hold Mr Biden to a two- to three-point margin to do so. But nationwide protests, the growing reality of the country’s economic turmoil and a rapidly spreading rebound of covid-19 cases have pushed him even farther behind.

Today he faces a nine-point uphill climb nationally and is behind by between four and eight points in the bellwether states. The president even acknowledged his dire situation in an interview with Fox News last week, saying “Joe Biden is gonna be your president because some people don’t love me, maybe.” According to The Economist’s election-forecasting model, Mr Trump has a one-in-nine chance of winning a second term—down from a one-in-five shot last month.

Believe the Polls This Time

These aren’t Hillary Clinton’s numbers. Biden has a wide lead because the landscape has changed.

But this moment is very different. To start, during the summer and fall of 2016, Clinton never had the kind of national poll lead that Biden now has. She led by an average of four points four months before the election and the same four points just before Election Day. This year, after Biden effectively clinched the nomination, he moved into an average six-point lead over Trump, which has grown to nearly 10 points after the death of George Floyd and the weeks of protests that have followed. The lingering apprehension among Democrats fails to recognize just how much the political landscape has changed since 2016. We are looking at different polls, a different America, and different campaigns with different leaders…

So one reason to trust my polls more now than in 2016 is this change: Four years ago, those without a four-year degree made up 48 percent of my survey respondents; today they account for 60 percent. Whites without a college degree were 33 percent of my surveys; today they are 43 percent. That is a huge change—an elixir against being deceived again. The pain of Trump’s victory and disastrous presidency has concentrated the minds of campaign staff and the polling profession in ways that give me confidence that Biden’s lead in the polls is real.

Meet the Supporters Trump Has Lost

A significant majority of people who voted for him in 2016 are planning to do so again. What is different about those who’ve had a change of heart?

For some, the disenchantment started almost as soon as Donald J. Trump took office. For others, his handling of the coronavirus and social unrest turned them away. For all of them, it’s highly unlikely they will vote for him again.

These voters, who backed Mr. Trump in 2016 but say there’s “not really any chance” they will this year, represent just 2 percent of all registered voters in the six states most likely to decide the presidency, according to New York Times/Siena College polls. But they help explain why the president faces a significant deficit nationwide and in the battleground states.

An article four years in the making. And not from a diner in West-by-God-Virginia.

More Biden voters are solid in their support: 40% say theyÃ¢ÂÂre likely to back him, compared to 34% who say that of Trump. When asked if theyÃ¢ÂÂve ruled out a candidate, 39% say so of Biden, 50% of Trump. https://t.co/wTOyrc3MlP

Trump, in a hole, digs deeper into racial incitement

Sinking further behind former Vice President Joe Biden in presidential election polls, Trump in recent days has indulged in a string of blatant appeals to racism.

Coming at a moment when Black Lives Matter protests appear to be shifting Americans’ views on race, his move has confounded many political strategists in both parties, who question why Trump believes such appeals will help him dig out of the increasingly deep hole in which he finds himself.

“What voters are looking for is a way to get balance and peace back in the nation and in the White House,” said Peter Hart, the veteran Democratic pollster. “Everything he does is confrontation.”

3 in 4 voters, including half of Republicans, think the country is on the wrong track

There’s a persuasive argument that the 2020 election is already over.

Only two of the past six presidents before Donald Trump lost their bids for re-election. That’s good news for him.

But their stories are bad news for him, too.

In their final years in office, both of those presidents, Jimmy Carter and George H.W. Bush, experienced a noticeable slide in popularity right around the time — early May through late June — that Trump hit his current ugly patch.

According to Gallup’s ongoing tracking of the percentage of Americans who approve of a president’s job performance, Carter’s and Bush’s numbers sank below 40 percent during this period and pretty much stayed there through Election Day. It’s as if they both met their fates on the cusp of summer.

And the cusp of summer has been a mean season for Trump, who has never flailed more pathetically or lashed out more desperately and who just experienced the Carter-Bush dip. According to Gallup, his approval rating fell to 39 percent in early June from 49 a month earlier. So if Carter and Bush are harbingers, Trump is toast.

Well, but even if it’s true, we have work to do to make it happen.

In 2018, younger voters turned out at high rates and helped Dems take the House. Now, theyÃ¢ÂÂre only building on that enthusiasm. Yet, the GOP doesnÃ¢ÂÂt just fail to reach out to them, but push these crucial voters away https://t.co/Sn5iYqolhU

The kids are all right.

Why a Pediatric Group Is Pushing to Reopen Schools This Fall

Guidelines from the American Academy of Pediatrics encourage “having students physically present in school.” Dr. Sean O’Leary, an author of that advice, explains why.

Dr. Sean O’Leary, a pediatrics infectious disease specialist at the University of Colorado Anschutz Medical Campus, helped write the academy’s guidelines. He is a father of two children, 12 and 16, and a survivor of Covid-19 who is still experiencing some symptoms after he and his wife contracted the coronavirus in March.

“I absolutely take this seriously,” Dr. O’Leary said. “I’m still sick.” But he explained why the academy was emphasizing the need to get students back in classrooms.

Trump doesn’t know how to run against Joe Biden, a Democrat who is not ‘a nasty woman’

Donald Trump’s June was probably the worst month that any U.S. president has experienced since 1974, maybe since 1861 ... and yet that doesn’t really bother him. What does bother him is that his poll numbers look exactly like what you’d expect they’d resemble for a commander-in-chief who’d had such a lousy 30 days. Currently 56% of Americans disapprove of the job Trump is doing, according to the Real Clear Politics average. He’s losing to Biden in every major battleground state. Voting blocs that went for him in 2016, like non-college white women, are heading for the hills. And Trump really thinks he can turn it around by pinning a scary nickname around Biden’s neck?

Buffon-Pirlo: Now I have to call you mister!? Good Luck, Andrea
Insigne is the first Italian to score for real at the Bernabeu and Barca at the camp Nou
All 11 Barca players touched the ball before Messi's goal against Napoli
Cakir cancelled out Messi's goal and awarded penalties to Barca and Napoli
Messi has been scoring in the Champions League for 16 years. Raul did this for 17 years
The second goal of Barca is pure magic of Messi: lying down (!) scratched the ball in the fight with 3 defenders and hit the far one
Messi scored the 27th goal in the matches of the 1/8 final of the Champions League. Ronaldo has 2 goals less
Source https://www.dailykos.com/stories/2020/7/3/1957749/-Abbreviated-Pundit-Roundup-A-holiday-election-appraisal

Brewing in America: The nation's craft beer industry has a diversity problem but it's trying to fix it

What's wrong with Tiger pitcher Boyd? Maybe not as much as you'd think