Senator Kamala Harris of California will be the first Black woman and the first person of Indian descent to be nominated for national office by a major party. A pragmatic moderate and one of Joseph R. Biden Jr.’s former rivals in the presidential race, Ms. Harris was a barrier-breaking prosecutor before being elected to the Senate in 2016.

Ms. Harris, 55, was born in Oakland, Calif. She is a former attorney general of California and a former San Francisco district attorney.

When she announced her own bid for the presidency — on Martin Luther King’s Birthday in 2019 — she pitched herself as a history-making candidate, paying homage to Shirley Chisholm, the New York congresswoman who became the first woman to seek the Democratic Party’s nomination for president.

Before she was a senator, Ms. Harris was a prosecutor, elected as the San Francisco district attorney in 2003 and as California’s attorney general in 2010. She held that position until she won her Senate seat in 2016.

Ms. Harris made this part of her career a major theme of her presidential campaign, describing herself as a “progressive prosecutor” and arguing that it was possible to be tough on crime while also confronting the deep inequities of the criminal justice system. Part of her argument was that voters could trust her to overhaul the system because she knew it “from the inside out.” But some parts of her record were a source of criticism from the left.

Her prosecutorial record will almost certainly be raised in the general election, especially amid the national outcry over police brutality and systemic racism that has followed the killing of George Floyd.

Elected to the Senate in 2016, Ms. Harris was the first Black woman in the chamber in more than a decade. During her relatively brief time as California’s junior senator, she has become known for her intensive interrogations of Trump administration officials and nominees, including Brett M. Kavanaugh during his Supreme Court confirmation hearing and during a Senate Intelligence Committee hearing with Attorney General Jeff Sessions.

In recent years, she had sought to align herself more with the Democratic Party’s left wing, initially supporting Senator Bernie Sanders’s “Medicare for all” bill before shifting her position during the presidential campaign. She has also been a vocal supporter of racial justice legislation since the killing of Mr. Floyd. 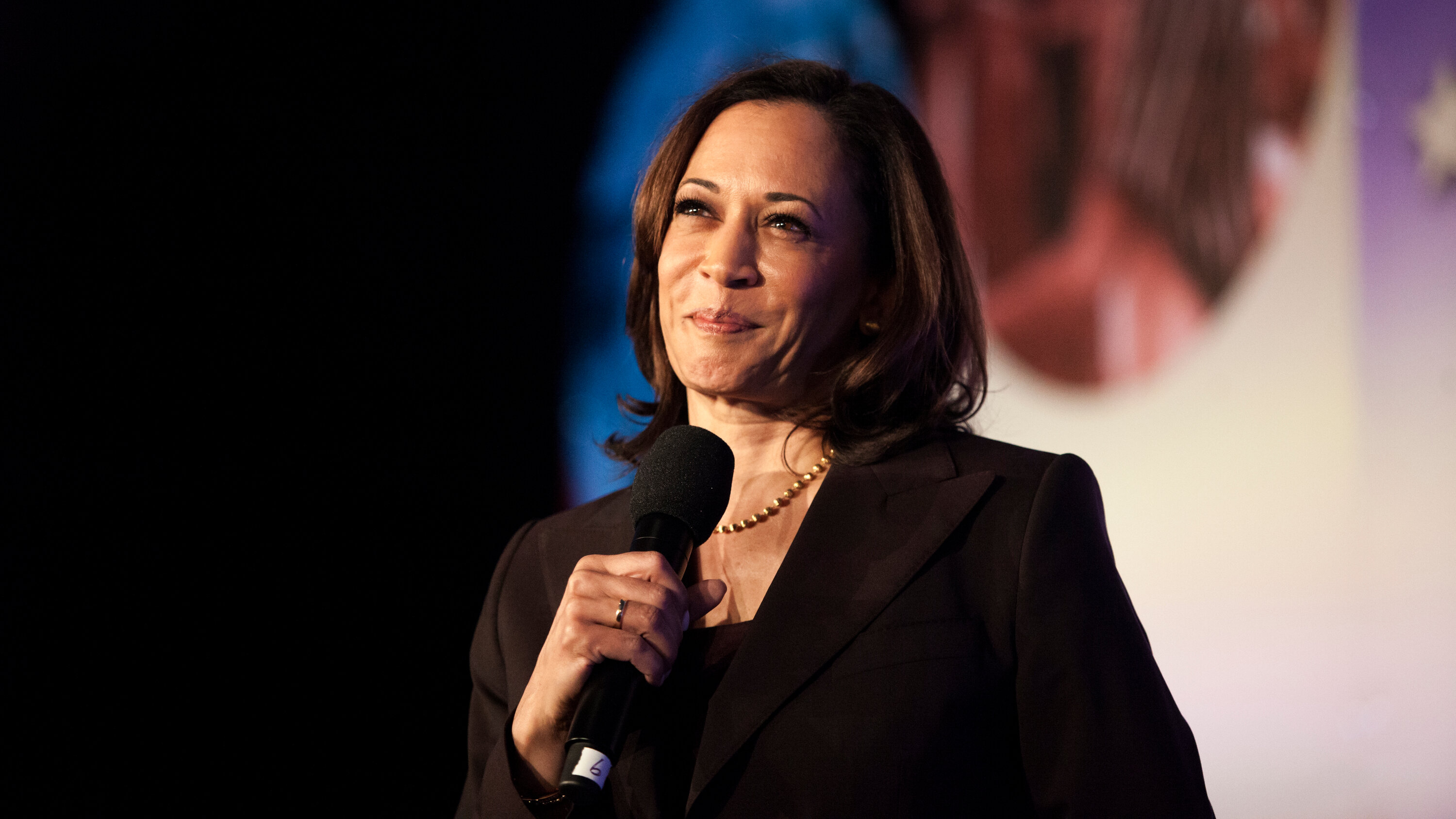 Joseph R. Biden Jr., the presumptive Democratic nominee, selected Senator Kamala Harris of California as his running mate. She is the first Black woman and the first person of Indian descent to be nominated for national office by a major party.CreditCredit...Jenna Schoenefeld for The New York Times

While Ms. Harris dropped out of the presidential race late last year after running low on money, she entered as one of the front-runners and had a significant impact on the trajectory of the campaign.

Part of her influence was ideological: She was the first candidate, for instance, to suggest requiring federal preclearance for state abortion restrictions, a position that numerous top candidates later expressed support for. And part of it stemmed from her debate performances, including an electric moment in the first debate.

On the stage in June, she forcefully challenged Mr. Biden over his record on race and, specifically, busing. It was “hurtful,” she said, to hear Mr. Biden speak positively about working with segregationist senators, because “there was a little girl in California who was part of the second class to integrate her public schools, and she was bused to school every day, and that little girl was me.”

How voters may view her selection

During her presidential campaign, Ms. Harris appealed in particular to more moderate Democrats and those drawn to her biography. She could reinforce Mr. Biden’s appeal with Black women and women generally who are eager to see themselves reflected in the country’s leadership.

The progressive left, including some supporters of Mr. Sanders, will most likely be disappointed in Ms. Harris’s selection, viewing her as far more supportive of incremental change than the kind of broad, revolutionary proposals they champion.

What kind of goalkeeper did Chelsea take? Edouard Mendy was out of work 6 years ago, impressed the Czech and will replace Kepu
Solskjaer on Manchester United signing only van de Beek: You show disrespect to Donny, he's a top player
Milan want to sign striker Bude-Glimt Hauge. He scored them in the Europa League on Thursday
Rivaldo: Barcelona will not be easy without Suarez's goals
Munir from Seville was forced by FIFA to rewrite the rules. Now players can change the national team
Lampard will talk to Kepa and Caballero after signing Mendy
Ralf Rangnick: Havertz - Cruyff of the present day. I don't see any weaknesses in his game
Source https://www.nytimes.com/2020/08/11/us/politics/kamala-harris-bio.html

From Spanish Flu to COVID-19, how NYC’s oldest restaurants are surviving 2nd pandemic

Netflix’s ‘Father of the Bride’ Reunion Has Viewers in Tears: “Openly Weeping”

Buffalo police no longer required to wear names on their uniforms

Trump Is Escalating His Coronavirus Lies

How the 2020 census is trying to overcome Covid-19, digital divides, and Trump to get an accurate count

‘I hate you’: Allen Iverson unloads on mysterious media personality

Police: Officer suspended for handling of a traffic stop

What To Know About Those $200 Drug Cards President Trump Promised

Amy Coney Barrett Is Trump's Likely Supreme Court Pick. Here's What We Know About Her.

After Season of Challenges, Marlins Are on the Verge of a Breakthrough

TikTok or Not, Gen-Z Voters are Mobilizing to Show up on Election Day

Daniel Dae Kim, Joy Villa, Erika Alexander and More Speak Out During House Judiciary Committee Hearing on the Lack of Diversity in Media

How the left killed another major NYC development