Police Chief Jami Resch appealed to Portland residents for help navigating the tension between the massive peaceful demonstrations and the violence and chaos that has followed the past few nights.

On Tuesday, more than 10,000 people demonstrated peacefully in Portland — one of the country’s largest protests — before violence broke out.

“We have to collectively come together to stop those who are holding our city with violence. … Every night, we are using all our resources and it is still not enough.”

Protesters posed in front of a mural of George Floyd.Credit...Victor J. Blue for The New York Times

Protesters here in Minneapolis are calling for the ousting of Bob Kroll, the police union president who was widely criticized for his unwavering support of officers accused of wrongdoing. 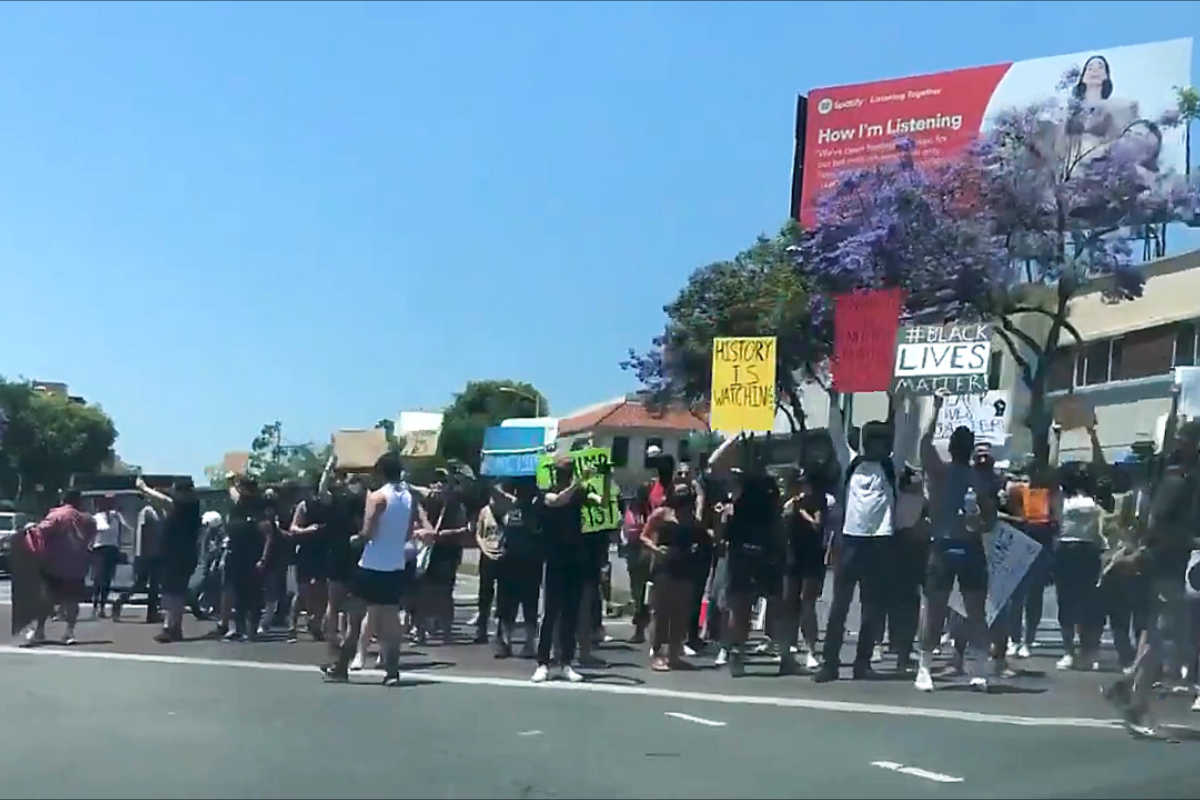 A large protest began forming in West Hollywood, with National Guard staged not far away. As I passed, the group chanted “Say his name!” as many took a knee.

I can’t get over just how big these vehicles are up close — they must be 15 feet tall. It’s surreal to see soldiers armed with automatic rifles at the Farmer’s Market, patrolling down Fairfax past people pushing strollers.

Outside the Cup Foods where George Floyd was pinned by police on May 25, I asked protesters for their reactions to the news that three officers were charged in the death of Floyd, and that the officer who pressed his knee into Floyd’s neck was charged with second-degree murder.

Protesters gathered for the ninth straight day in Minneapolis.Credit...Victor J. Blue for The New York Times

Izzy Smith, 24: “I think the charges are really good for the community and sends a strong message. But that message needs to be followed up by actual convictions.”

A large, celebratory demonstration formed on Eastern Parkway at Bedford Avenue in Brooklyn. Behind tambourines, drums, honking and clapping, the crowd chanted of the names “George Floyd and Breonna Taylor.”

Watch: Taking Over a Street 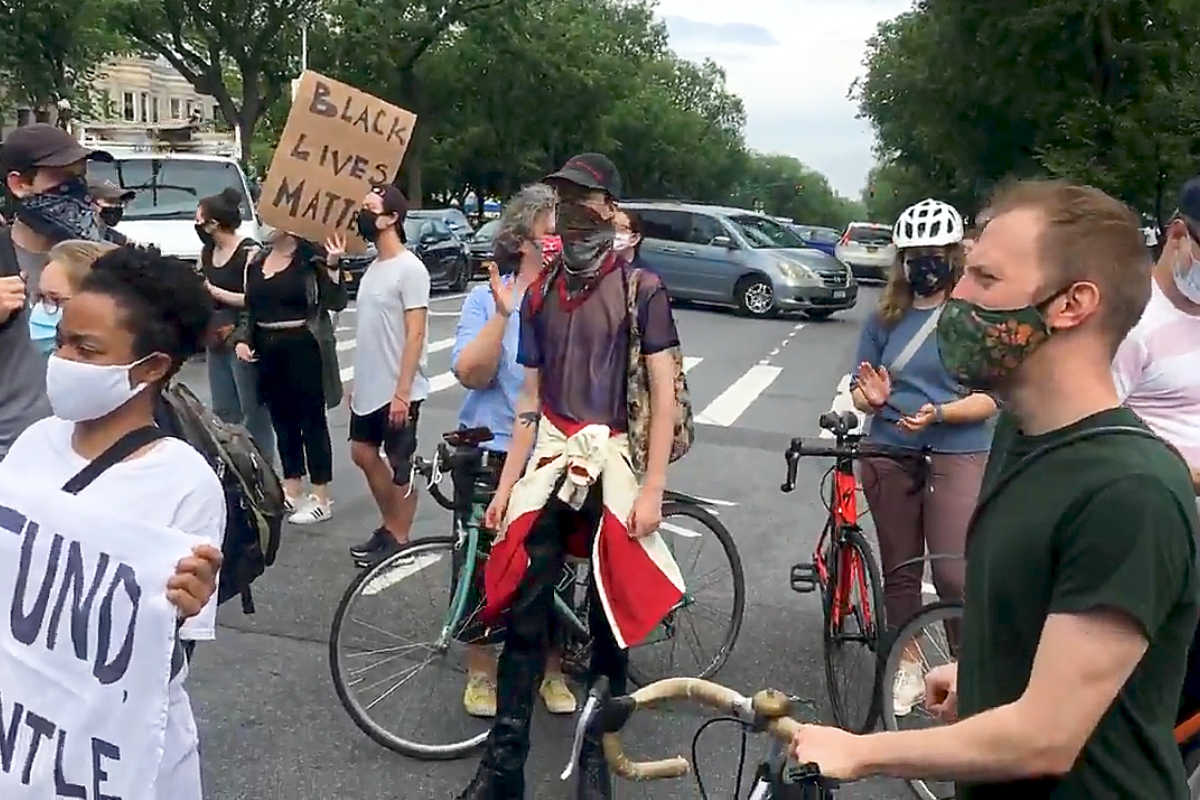 The crowd eventually moved into the parkway and blocked the middle lanes — an organized, deliberate move. But protesters helped direct the cars to back up and turn around and drivers honked in support. The chant turned into “Whose streets? Our streets!”

George Floyd’s son, Quincy Mason (center, below) knelt at the site of his father’s arrest in Minneapolis today.

Ben Crump, a lawyer for the Floyd family, led the crowd in chants of “all the world is watching.” He then quoted Thomas Jefferson: “All men are created equal,” and then said, “For America, that means black people too.”

The smell of the freshly installed plywood that now covers much of New York City is strong enough to penetrate the masks that now cover most of our faces.

People in major European cities, including London, Stockholm and Frankfurt, added their voices to the American protests against the death of George Floyd. In London, during a “Black Lives Matter” rally, protesters clashed with police on Downing Street.

Baros will end his career at the end of the season
Pogba and Brunu were injured when they collided in training. The Bournemouth game is in question (Daily Mail)
Ex-President of Barca Gaspar: Messi has a few more years to be the best player in the world
Morata scored a double for Atletico for the first time since March last year
Rummenigge on Tiago: there have been no Contacts with Liverpool, but he wants something new
Rivaldo on Messi in Juve: The world will boom. The Duo of Lionel and Ronaldo will go down in history
Atletico Interrupts the penalty for the second match in a row. Morata converted an 11-yard shot from the 2nd attempt
Source https://www.nytimes.com/live/2020/george-floyd-protests-photos-videos-06-03

Michael Dukakis warns Biden to ignore the polls: 'No guarantee of success'

Saroj Khan, Choreographer Who Made Bollywood Sparkle, Dies at 71

‘They have lost control': Why Minneapolis Burned.

Stream It Or Skip It: ‘Desperados’ on Netflix, a Hapless Rom-Com with an All-Too-Appropriate Title

Rand Paul's exchange with Fauci was exactly what America needed